This was posted in Yes Scotland’s Future on 11 July. C’mon !! Do some arithmetic, guys.. That would mean 35 hard-working MPs claimed on average about £2300 each for a year’s worth of travelling up and down between Scotland and Westminster plus their rent in London, plus their staff wages….. Nah. It’s definitely rubbish.

Where do these thing come from? Why make them up, and so stupidly ? And why, oh why, share them?  And tag Ruth Davidson too, for goodness sake, you’re just handing over evidence of your own daftness and inability to count! 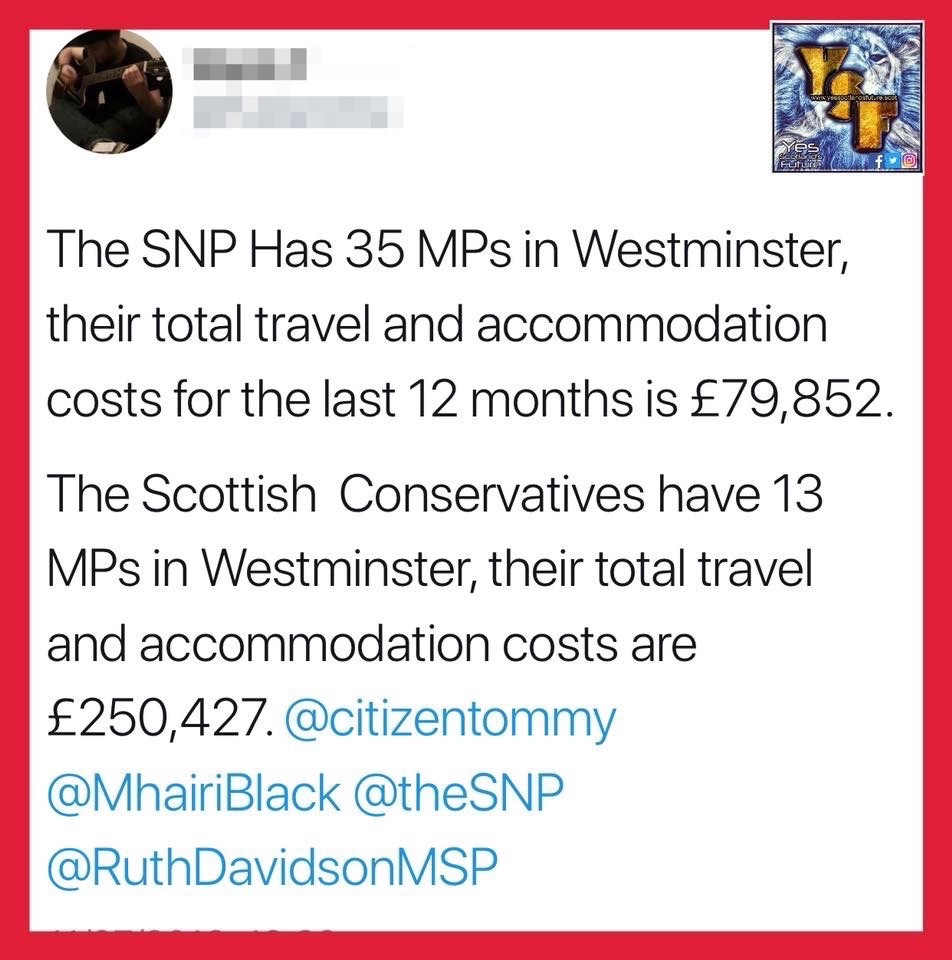 And then of course folk start repeating this guff on other websites. Wee Ginger Dug does some fantastic blogging and he’s not responsible for the comments that folk write on his blog, like this one: 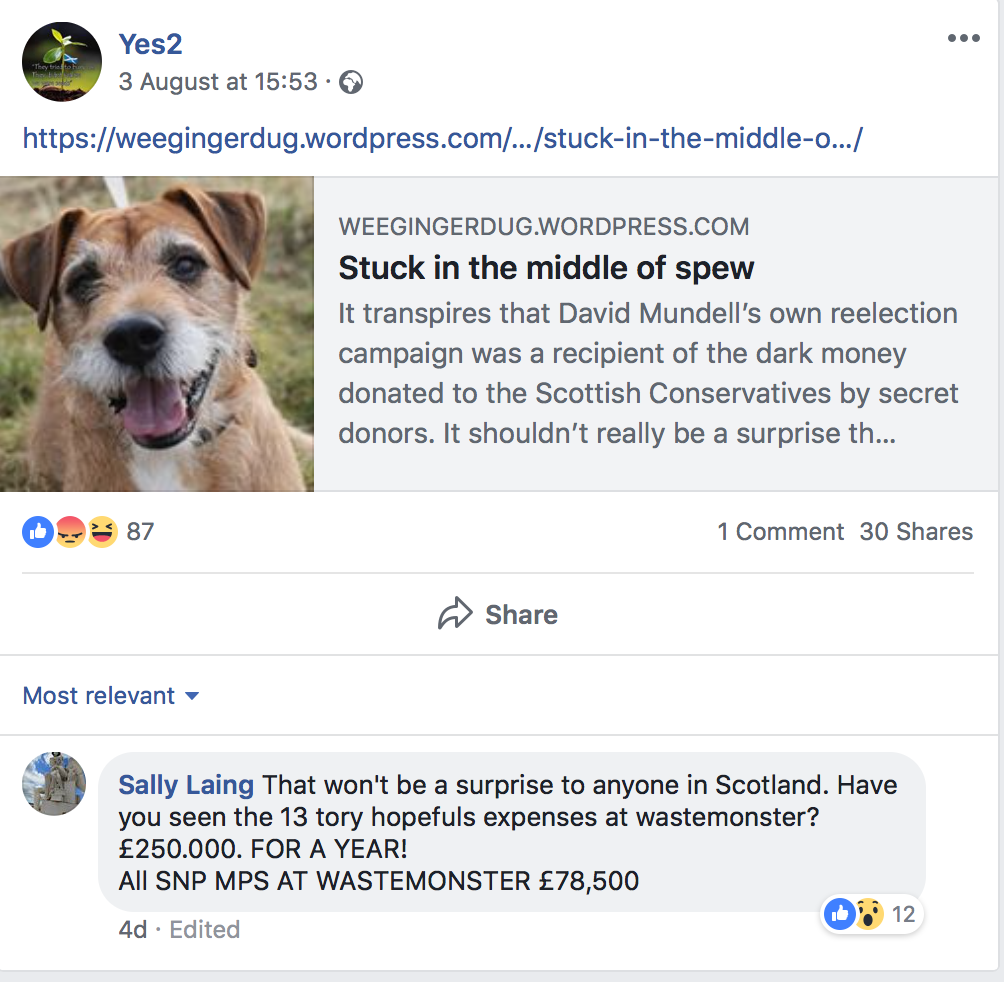 Just look up Hansard for MP’s expenses. Or use the MPs Expenses website. If you do you’ll be able to build up this graph. It’s called evidence. 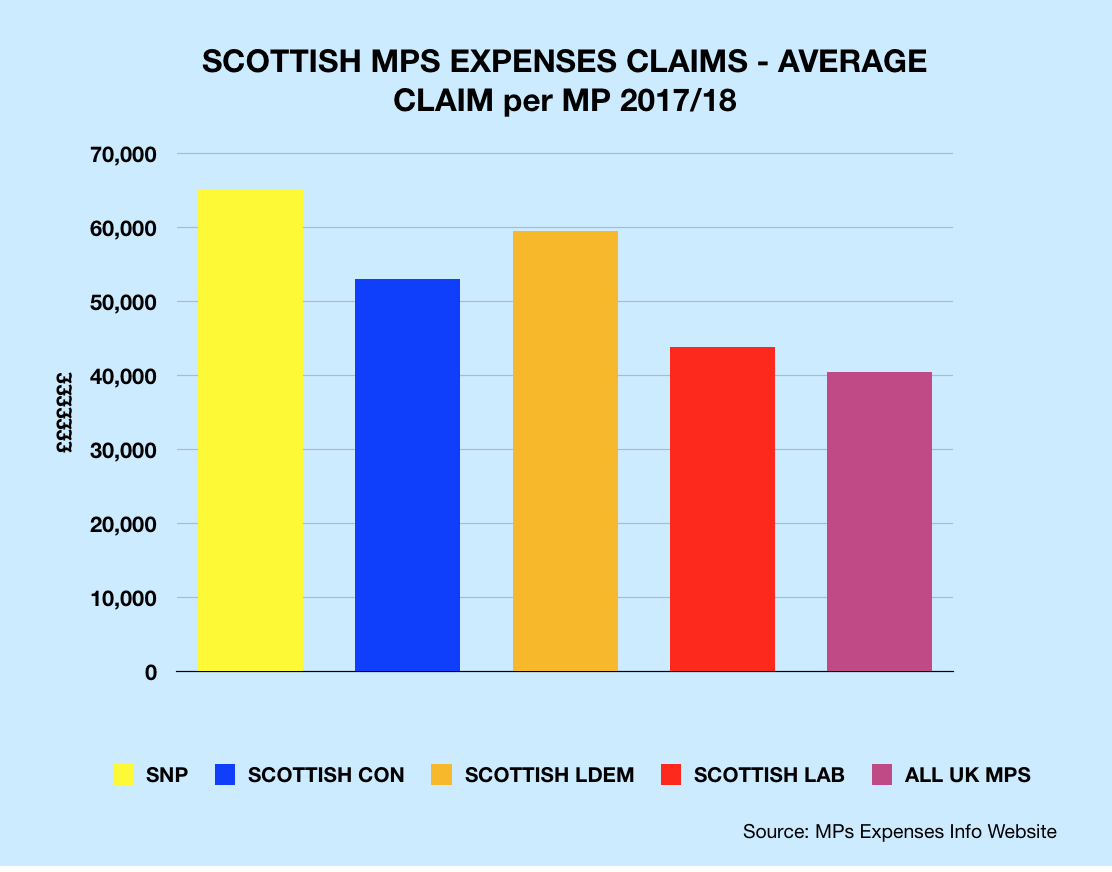 The costs include travel, staff and office costs in their constituency and at Westminster, accommodation in London. Here’s my MP’s expenses claim: 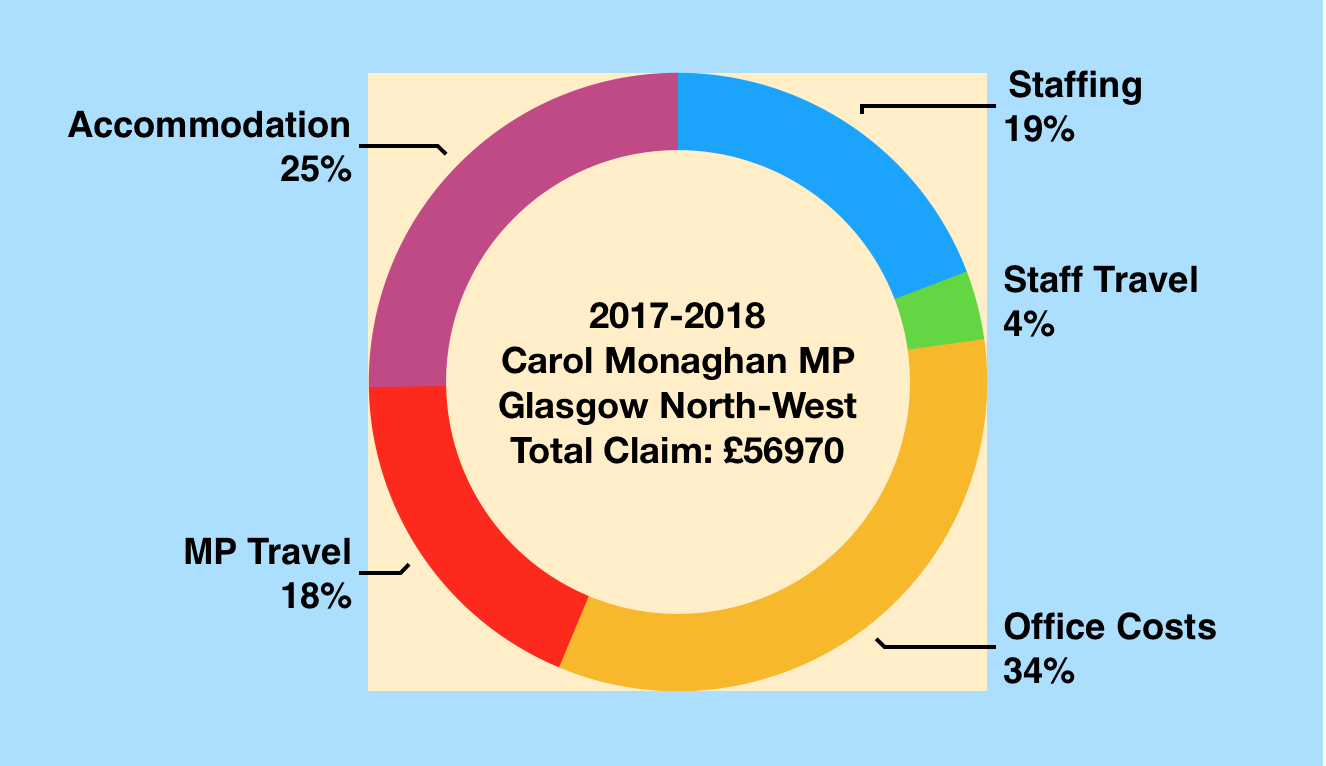 Back to Indy Meme Culture page