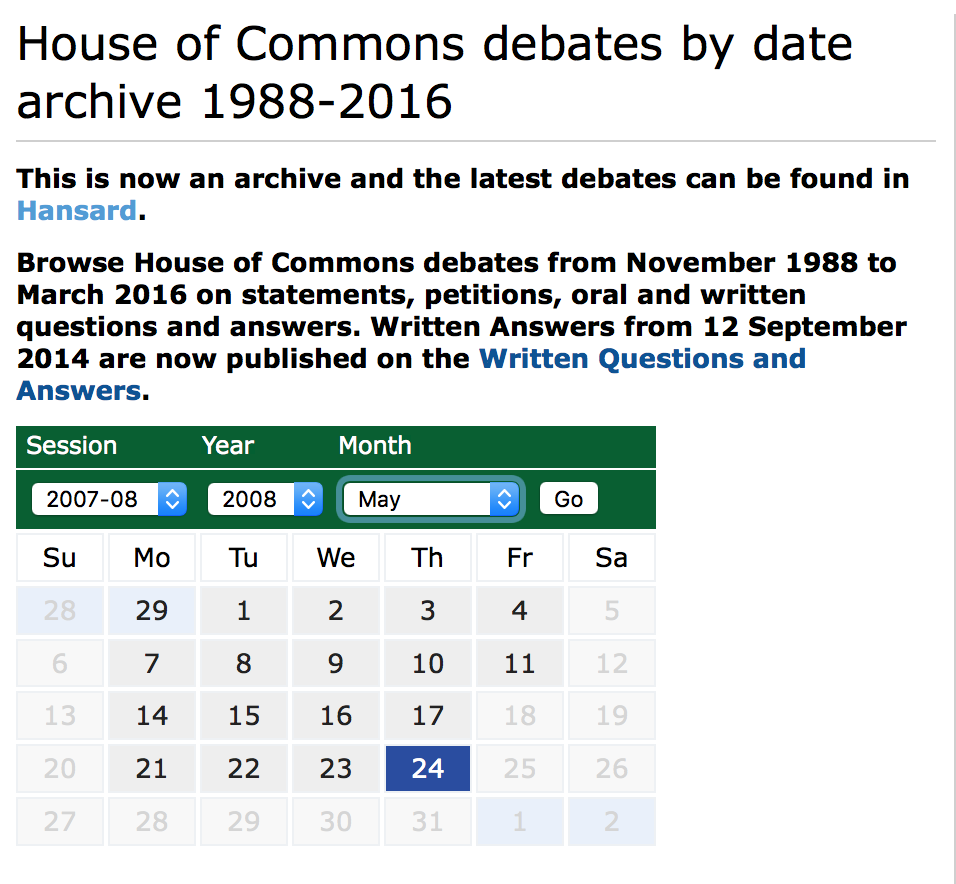 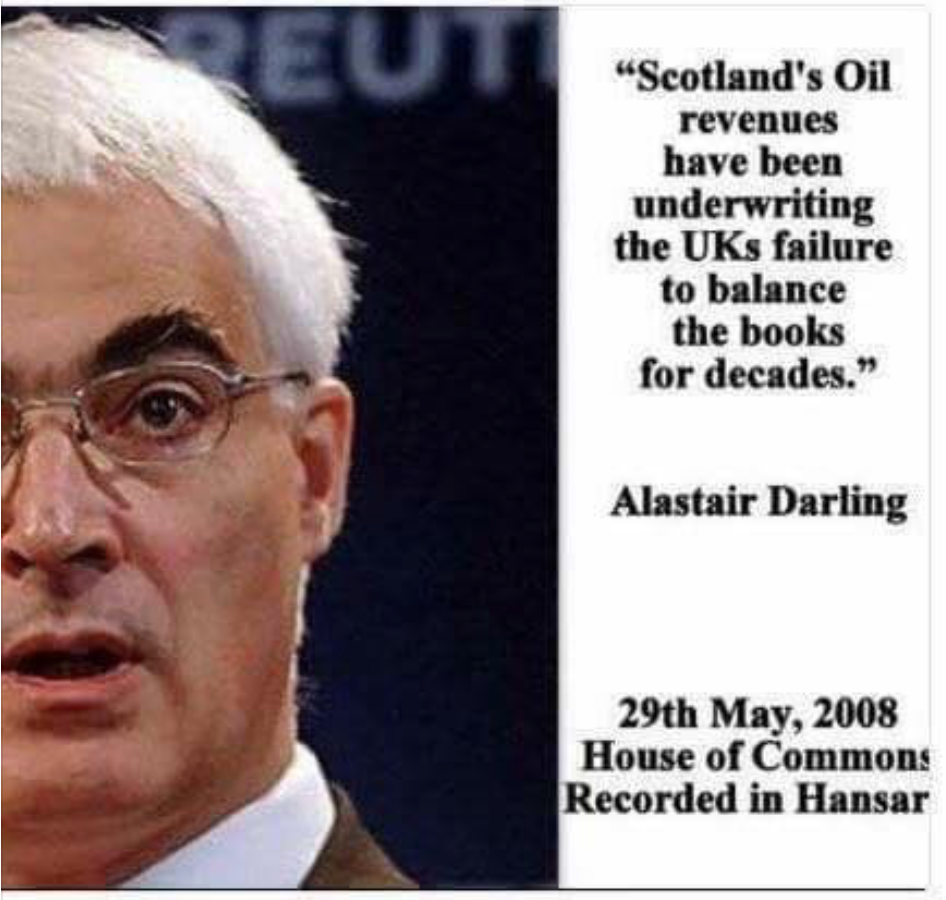 This has appeared on several Indy pages on Facebook. It’s unusual that it’s so specific on the date and place that he’s alleged to have said this. In fact, that’s just the kind of reference that I’m forever asking for on Facebook. Unfortunately in this case I can’t find any trace of him saying it. I’m not the only person who has looked into Hansard records to confirm. No-one has managed to confirm it that I have found. In fact as far as I can make out from the Hansard Archives, the Commons wasn’t sitting that day. So if he said this on 29 May, he must have said it elsewhere.

It is of course only one of lots of memes which focus on the same underlying belief. The belief goes like this:

To be able to prove this conclusively is an on-going activity for Indy supporters. So if Alastair Darling said this actually while he was UK Chancellor of the Exchequer in the Gordon Brown Labour Government of 2007-2010, well that is quite a quote to have handy for another Scottish Independence campaign.

But Google searching about Darling’s statement does provide a reference to John Jappy. You might not have heard of him: he was from Inverness and worked in the civil Service in Accountant and Comptroller General’s Branch. Several quick promotions took him to the Head Office in London, and further promotions to the General Accounting Division, with links to the Treasury. This involved him in the preparation of National Budgets. When he retired he was active in CND. He died in Feb 2018.

He wrote up this article called  “Hiding the Truth”.  (You can find many other articles by him here.) And it’s in this article that you find the statement :

On 29 May 2008, Labour Chancellor Alistair Darling admitted in a back-handed way, that Scotland’s oil revenue had been underwriting the UK’s failure to balance its books for decades.  There is still 30 years of oil supply left in the North Sea (some 150 million barrels) valued at 2008 prices at 1 trillion dollars.  This excludes the new fields being brought into production in deeper waters west of Shetland.

So no information about where it was said. But a statement by a respected Civil Servant with many years experience and insight into the ways of working of the UK Treasury.

This was an interview he gave in the run up to the 2014 Scottish Referendum.

If you’ve listened to the interview video then you’ll be aware that Mr Jappy referred to various other instances where Scotland’s financial health and wealth were revealed.

So, apart from the inclusion of an unverifiable reference to Hansard but which is probably incorrect, this would appear to be a good meme!! Hurrah.