I’m linked in to a number of Facebook groups which support Scottish Independence. I see a lot of what’s posted in these groups. I reckon that there’s lot of overlap between me and the other people in the group in terms of our aspirations for Scotland. Also in terms of our sense of humour. Also in terms of our politics.  There’s a bit of mild abuse directed towards Tories in general and towards Ruth, Theresa and Boris in particular. On the whole we don’t think much of Labour’s new saviour Mr Corbyn. Nor his Scottish lieutenant, Richard Leonard. And mostly we don’t even bother to mention the Scottish LibDems or any other LibDem variety. But of course we like Nicola and her cohorts. And we also approve of the Scottish Greens.

It’s true that hese groups are echo chambers for like-minded independence supporters. There aren’t even many unionist trolls to be seen off. But we also inform each other, bring news from elsewhere to each other’s attention, promote events and fundraisers, and cheer ourselves up when yet another inaccurate mainstream media item hits the headlines. Some people in the groups are a dab hand at creating great posters. Some of us like me write on our own blogs and post to the groups.

But every now and then I see stuff that is completely wrong factually.

If it’s been put together on a poster with a striking image, colour scheme and eye-catching font, it can whizz round Facebook in no time at all. Here’s one: 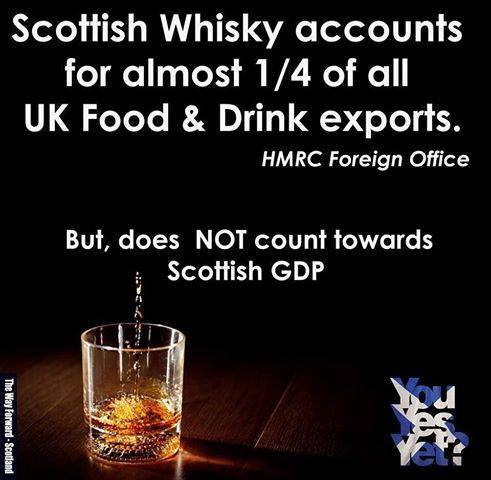 I used to respond to these sorts of memes by posting some well thought out facts and figures that I was sure would bring folk round to seeing the truth of the matter. I know  some folk were convinced from the appreciative ‘likes’ which appeared on my comment. But I also know that I managed to antagonise other folk. One lady in one group replied stating “You’re a right smarty pants, aren’t you?” Some people even told Facebook that they didn’t want to see my comments. You know this has happened when you are reading through a thread of discussion and it’s clear that other people are seeing and replying to posts that are not visible to you.

So clearly a change in tactics was called for to try to avoid upsetting people. I mean why carry on putting obstacles in the way of communication if you don’t have to? So I attempted to make critical posts less critical by crafting them along these lines, saying :

So for example it’s fairly common to see posts like this one: 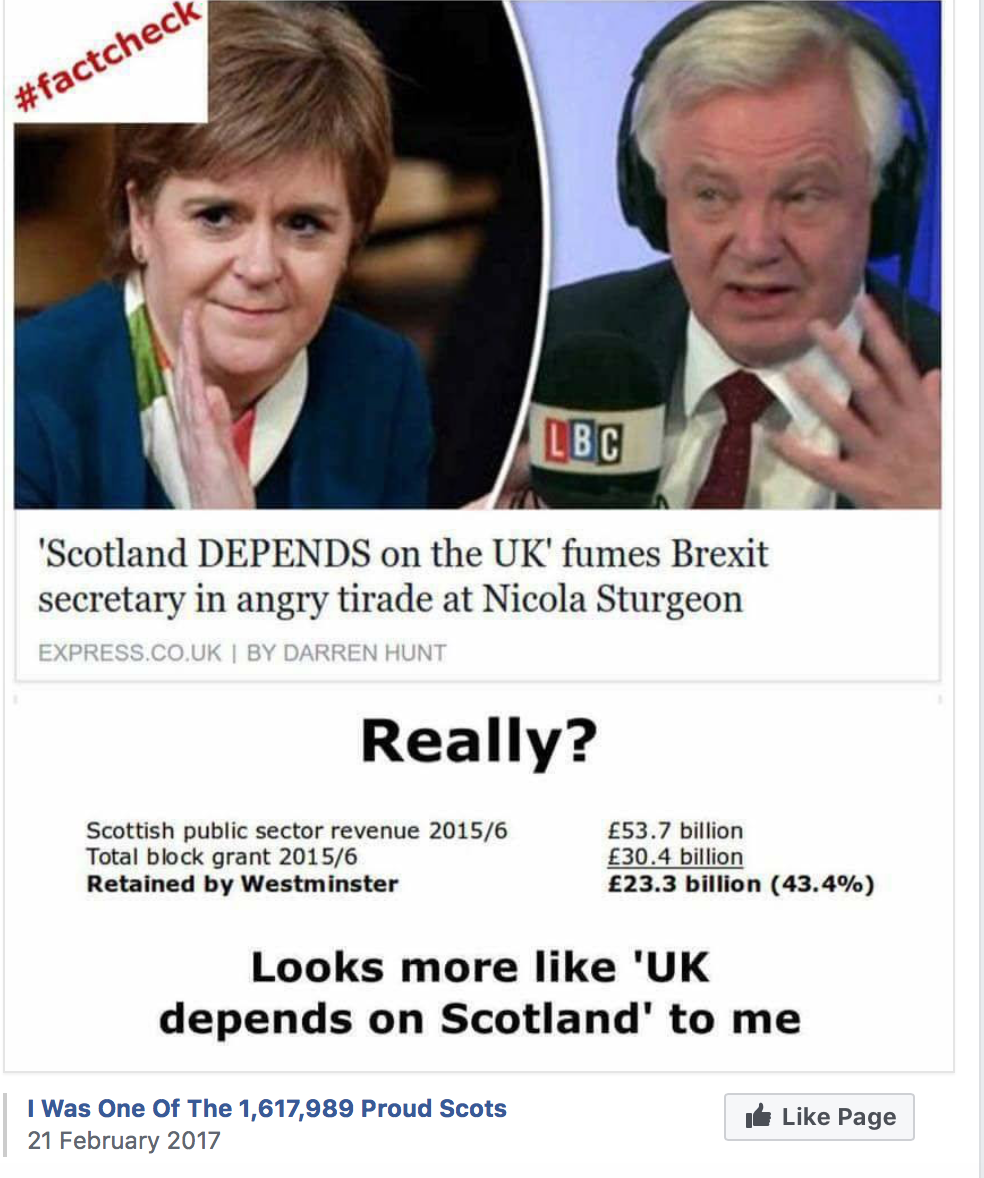 I have no doubt that Mr Davis said something like that. You may have come across him under his other name of ‘Brexit Bulldog, the Master Negotiator’ as he is known on BBC Radio4’s Dead Ringers programme. It’s not a bad idea to  counter  claims that England subsidises Scotland  by referring to Scottish economic figures. Although this poster doesn’t give a reference (tsk, tsk) it looks like the revenue and grant amounts are taken from GERS. I’ve seen variations on this meme. Basically it’s saying:

The wider context for this is that there is an apparent £15billion ‘black hole’ in Scotland’s finances which unionist commentators love to talk about it. So it is important for Indy supporters to be informed about our finances and be able to counters unionist claims that we’d be bankrupt without kind Englanders bailing us out.

This is what I commented when I saw it posted in the Pensioners for Independence Facebook group:

First of all, I’m completely sympathetic to the emotions behind this sort of post and I share those emotions. Mainly frustration at Westminster goings on. But this gives the wrong picture of what’s actually happening. The block grant covers everything devolved to Holyrood. Everything not devolved is paid directly from Westminster. Direct outgoings from Westminster to Scotland include about £10billion for benefits, pensions. There are other direct outgoings too. You can easily get the details from .scotGov website.
Sympathetic though I am to the intention behind this, it does no good to our Indy intentions to misinform people and it opens us up to ridicule from Unionists.

I’m more than happy to delve into GERS and try to find the truth of the matter. Or read Prof Richard Murphy’s blog on his views of the Scottish economy. Or Craig Dalzell of CommonWeal for his views. But I’m probably in the minority compared to most Indy supporters. And after I’d added the comment above, people just carried on sharing it anyway. Sigh!   🤨 🤓

dictionary definition: meme (noun)  1. an element of a culture or system of behaviour passed from one individual to another by imitation or other non-genetic means.  2. an image, video, piece of text, etcmore ...