This meme is making the rounds of Indy-supporting pages on Facebook. I wonder what goes on in the mind of the person who made it? Maybe one day they wake up and think “Hey! Today I’ll make up a bit of fake news to support Scottish Independence.” 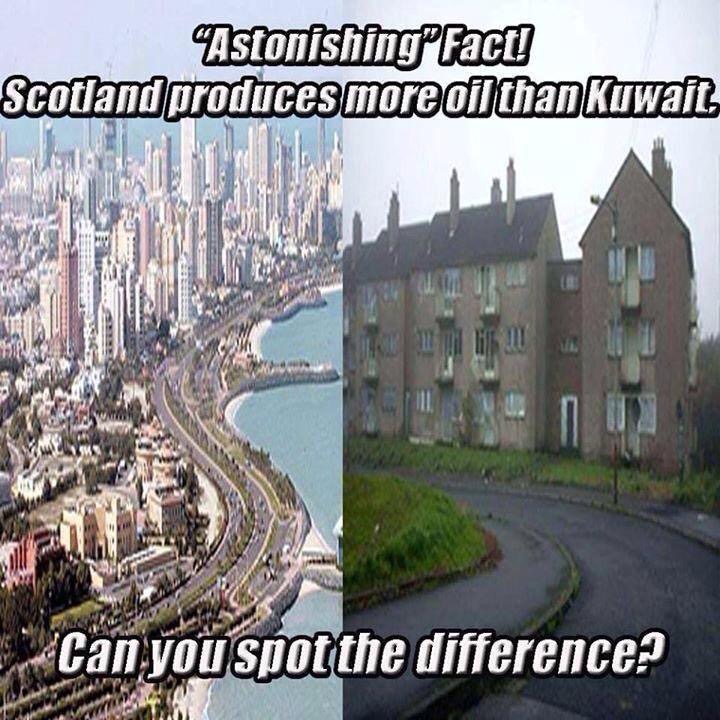 It isn’t true. And it’s very easy to show that it isn’t true. A few google searches and it’s debunked. For example in April this year UK produced just over 1million barrels of oil per day. Scotland produces 96% of UK oil so most of that was ours. Meanwhile down in the Gulf, Kuwait was producing 2.7million barrels each day. By the way, that puts them about 9th in top ten world oil producers. Info from OECD Data 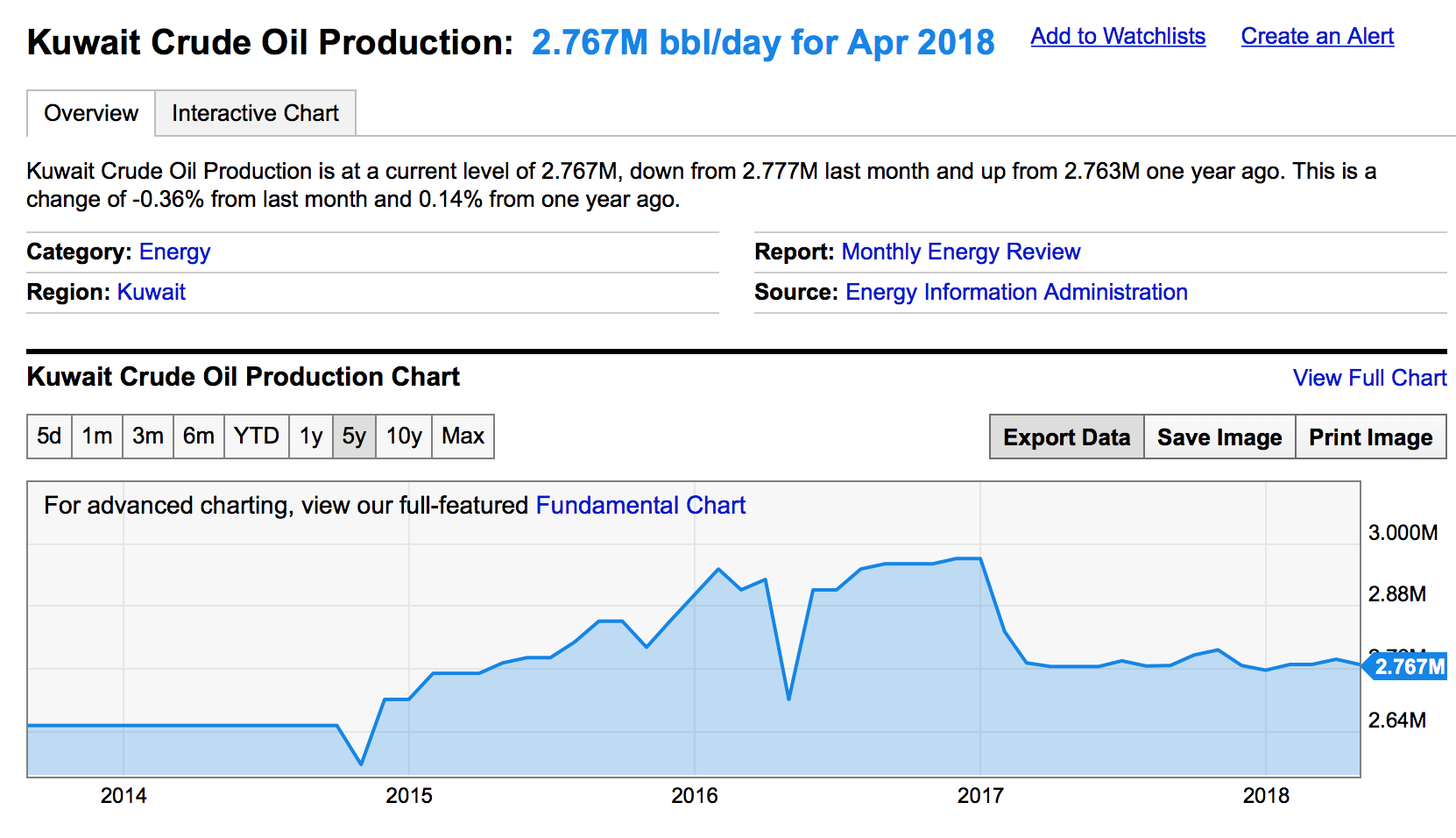 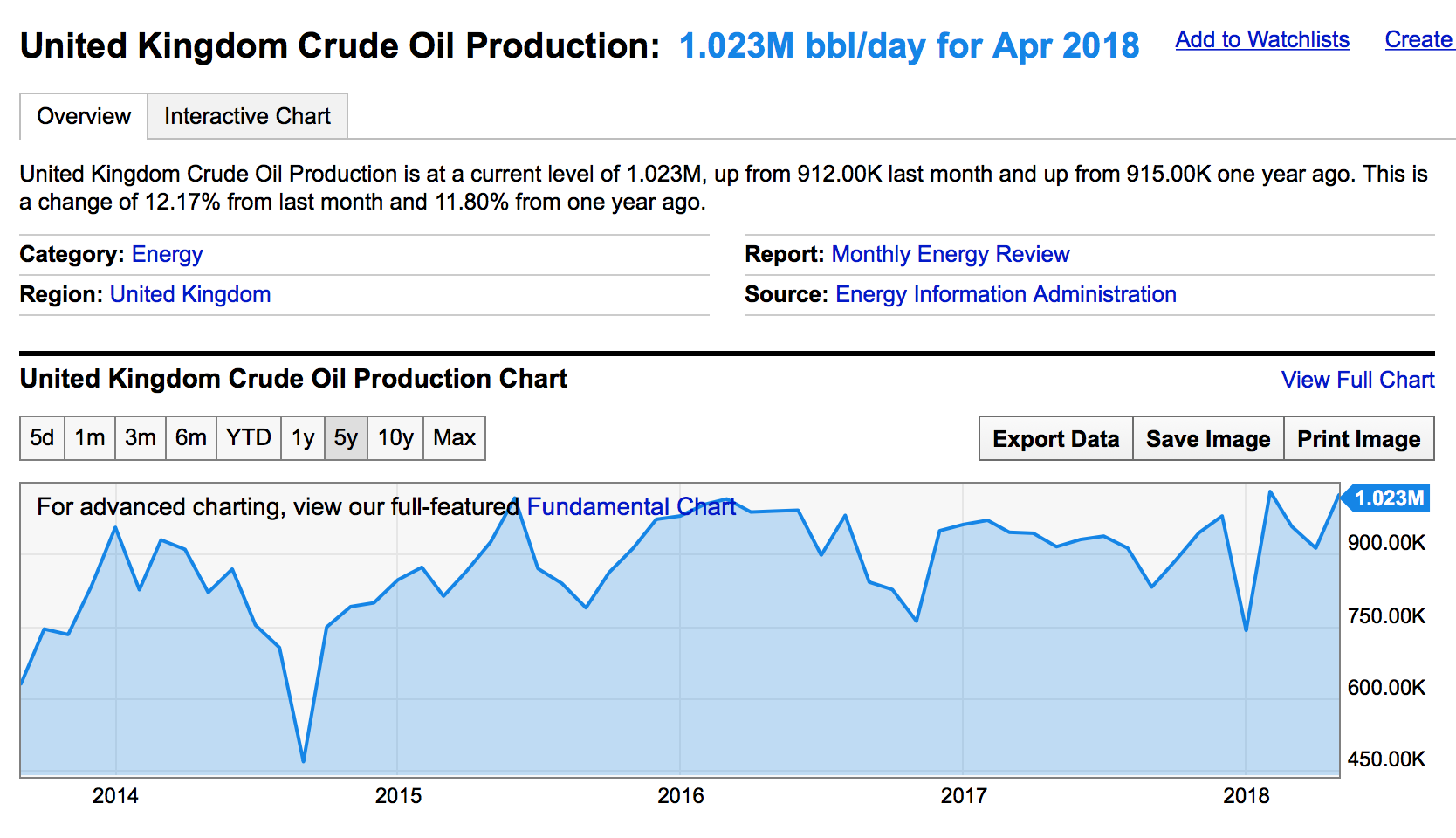 OK, so they’re producing more than twice as much oil than us just now. But Scotland might have produced more than Kuwait historically since North Sea oil production started. That is also easy to find out by Googling. Have a look at the chart below. Note the big dip in Kuwaiti production around 1991 when the Gulf War was waging and Kuwaiti oil fields were set alight by Saddam Hussain’s Republican Guard as they retreated. It’s estimated that around 1billion barrels of oil was lost from Kuwaiti production as a result. Did we produce more than them? For a while in the 1980s and 1990s, aye we did.  Overall, naw we havnae. 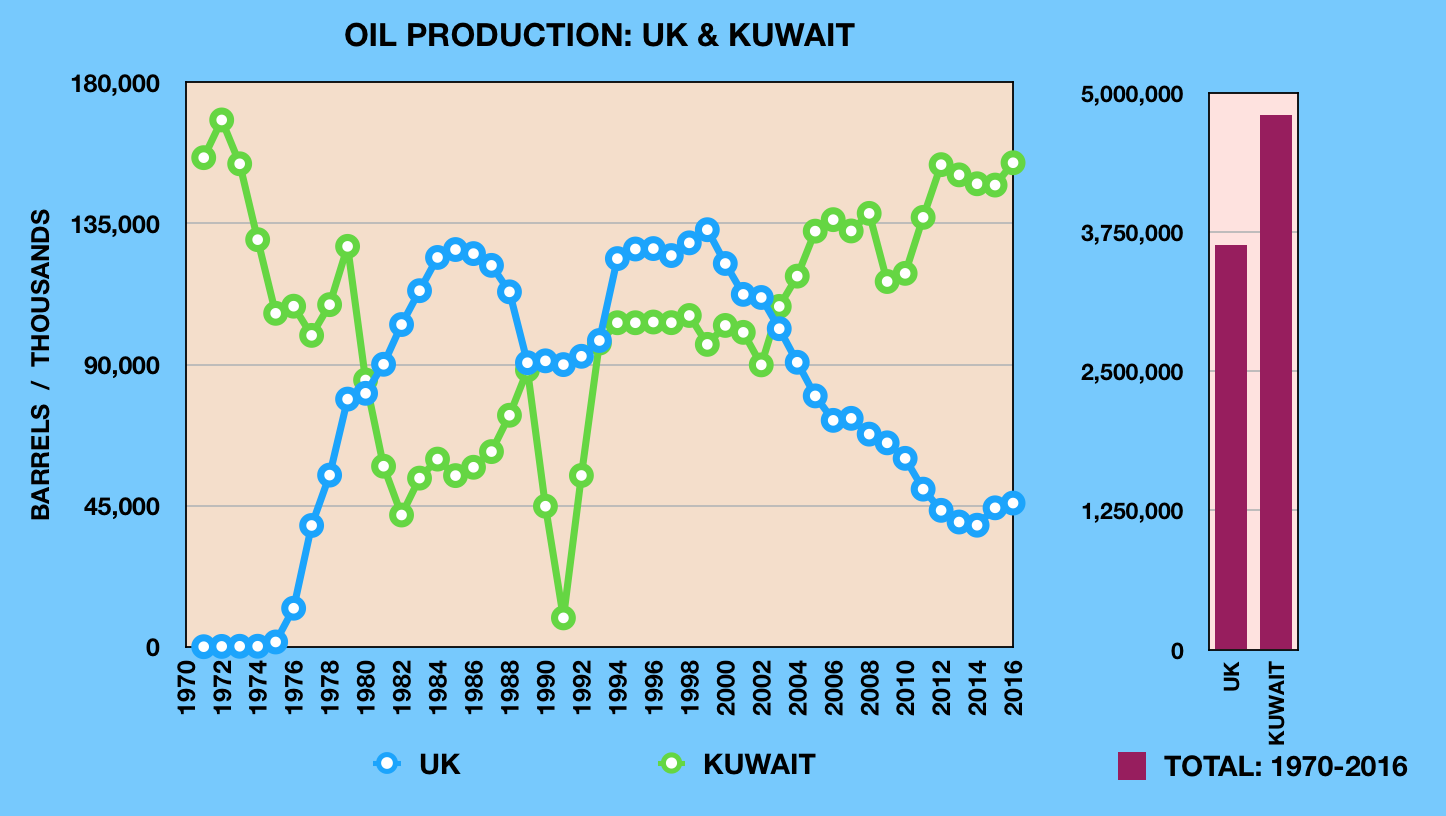 It’s a wee country, far smaller than Scotland, and mostly desert. It has a population of four million which comparable to ours of 5.3 million. Since 1970 oil production from Scottish waters is about three quarters of Kuwaiti oil production. So again that’s  roughly comparable. Our economy is much more diverse than Kuwait’s and the annual value of our top six exports is about a third more than Kuwait’s top six exports. Again that’s kinda comparable. But when you look at the GDP per person in the population, Kuwait’s is more than one and a half times ours. 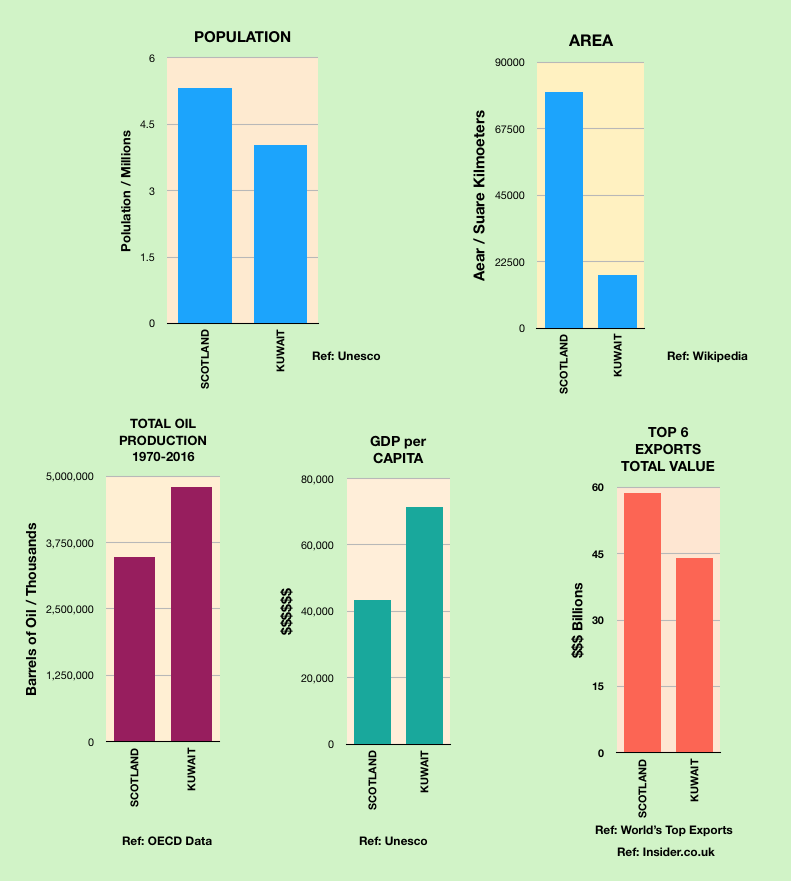 It does make you wonder what Scotland would be like now if we’d been independent over the last 50 years. Because as part of the ‘United’ Kingdom, it sure as hell hasn’t been keeping up with Kuwait. 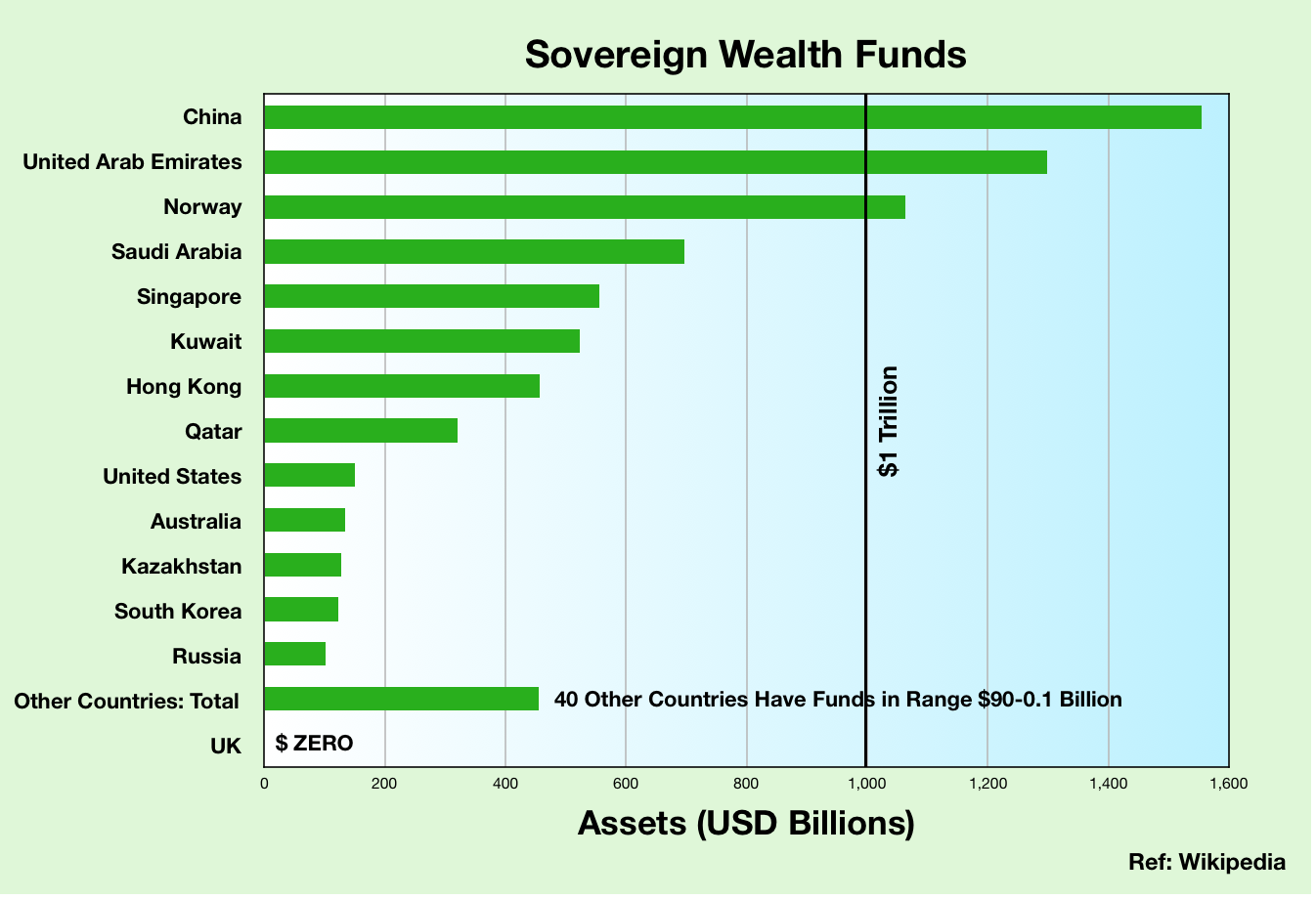 So I’m just saying’ that if we’d had control over our own wealth just think what we could have done by now. And have at least a trillion dollars  in the bank.

Before you write to tell me there’s a lot about Kuwait to be concerned about, eg a very unequal wealth distribution and immigrants not being treated very well. I know. But it’s also the case that they have been able to build up a very extensive social benefits system, education is free, they have one of the best water purities in the world.  Have a look at this website: The Borgen Project – Kuwait

Back to Indy Meme Culture page