‘MSP urges independent review of crisis-hit police: Police Scotland today faces calls for an independent review into its operation in order to trigger an “honest conversation” about where it has gone wrong over the last five years. For five stormy years, Police Scotland has been mired in controversies that have seen the departure of two chief constables, rows over police accountability and concern over operational policing.’

‘Police Scotland in particular has faced criticism over a number of issues. The service is currently looking for its third chief, while the Scottish Police Authority (SPA) – one of several bodies created by the legislation – is on its third chief and third chairperson.’

The committee must assess how this turmoil has affected policing and public safety.The SNP Government must acknowledge these issues and their own mistakes to improve Police Scotland over the next five years, rather than the same old intransigence they have shown over the past five years.’

Though STV also said, having done a bit of research and quoting Scottish Government official figures:

‘Despite criticism, national statistics published this week show crime in Scotland has fallen by around a third and 58% of respondents said police were doing a good or excellent job.’

Oh please yes, let’s do that. Though it makes you wonder why Scottish Labour didn’t do it for themselves since it only took me a minute to google Scottish Crime Figures. But they will have their reasons, I dare say.

So here are the facts about crime in Scotland. 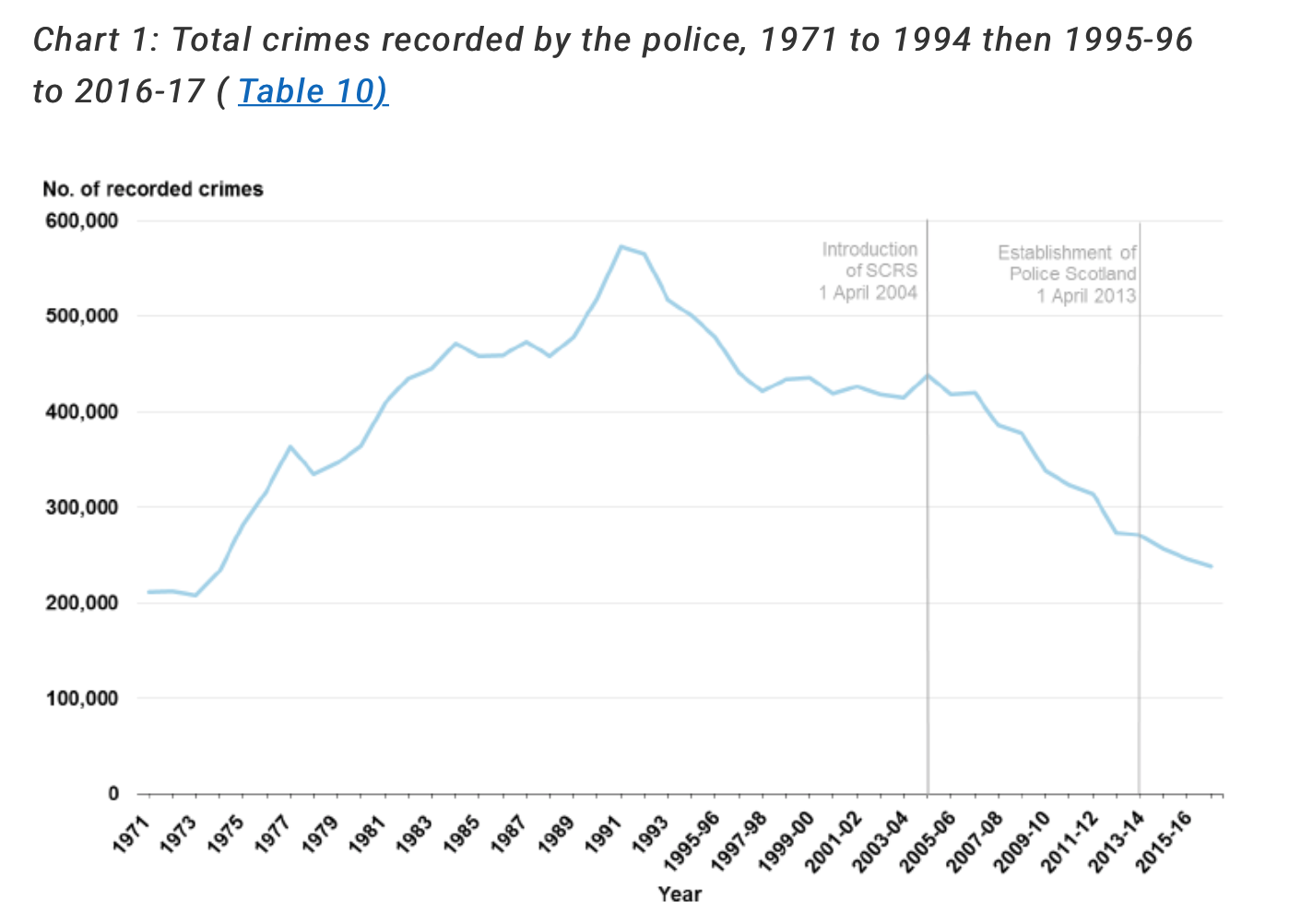 And just for interest here are also the crime figures for England and Wales. Spot the difference? 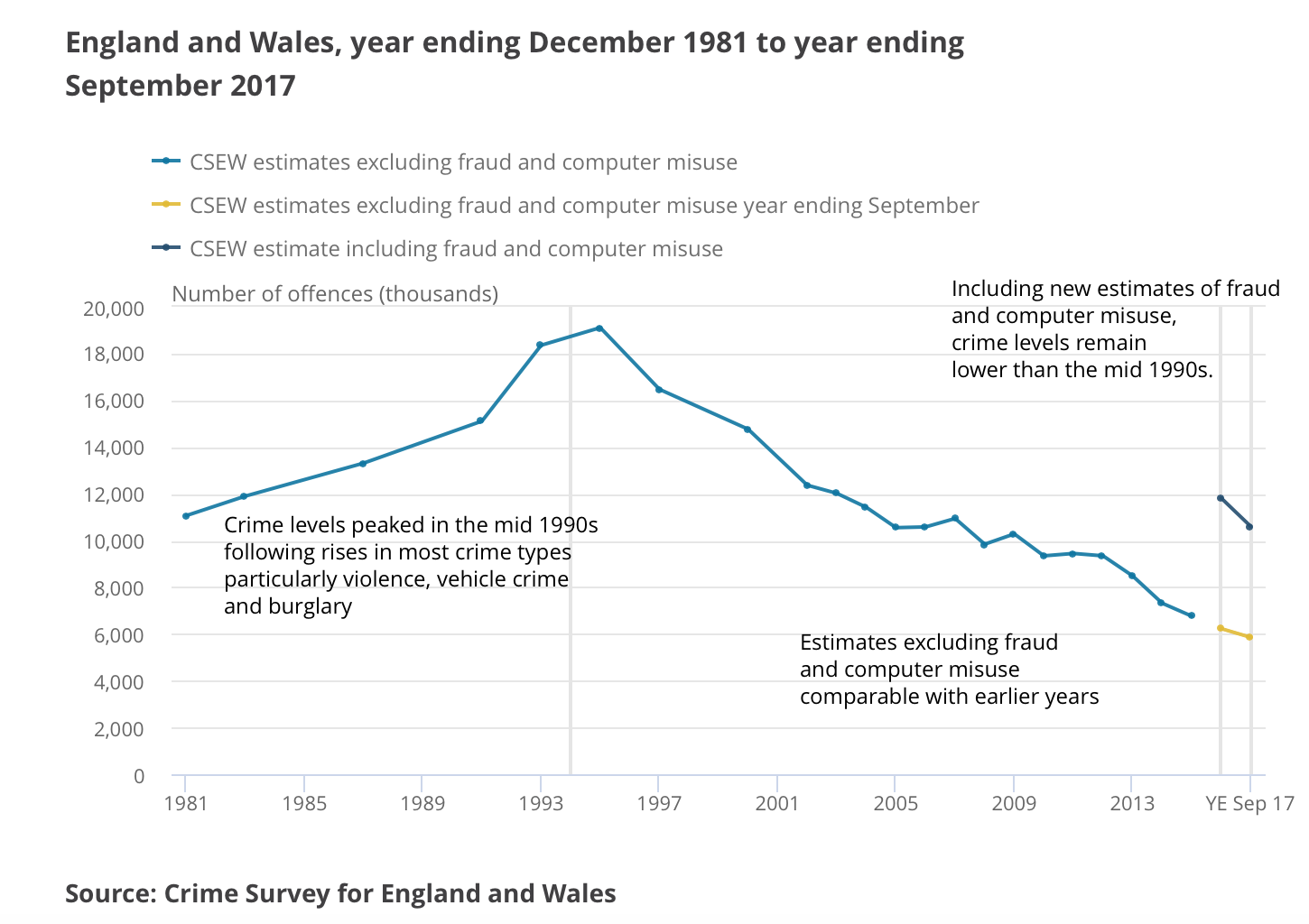 This first thing that struck me about these two sets of figures is how similar they are! And then how much crime has decreased in the whole of the UK in the last 15 years. So really police forces everywhere deserve a bit of praise, eh? Or at least if our Scottish Conservatives, LibDems and Labour politicians – let’s call them Scottish Unionists for the sake of brevity – are worried about Scottish policing they should also be feeding equally concerned stories about the state of policing in England & Wales to the media.

If you look carefully at the two sets of figures though you’ll soon see evidence that in fact our Scottish Unionist politicians should really be much less worried about policing in Scotland. Or to put it another way, perhaps they should more concerned about policing in their beloved Union.

Look at 2016: in 2016 there were just under quarter of a million reported crimes in Scotland. And there were about six million recorded crimes in England wales. Yes, if you read this blog you can probably tell there is a comparison pie chart about to appear. (See here for other pie charts.) 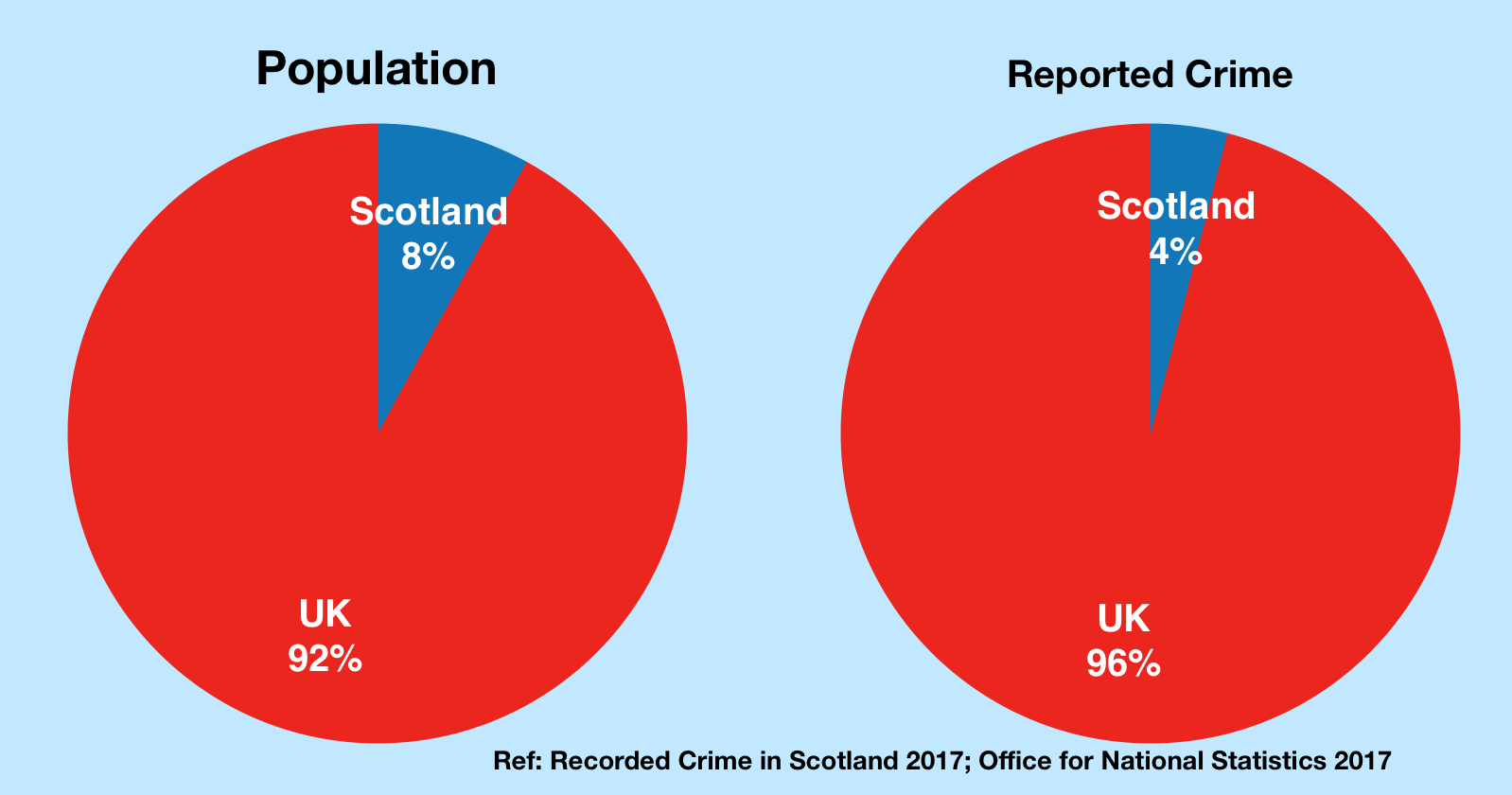 and here’s another one I did earlier: 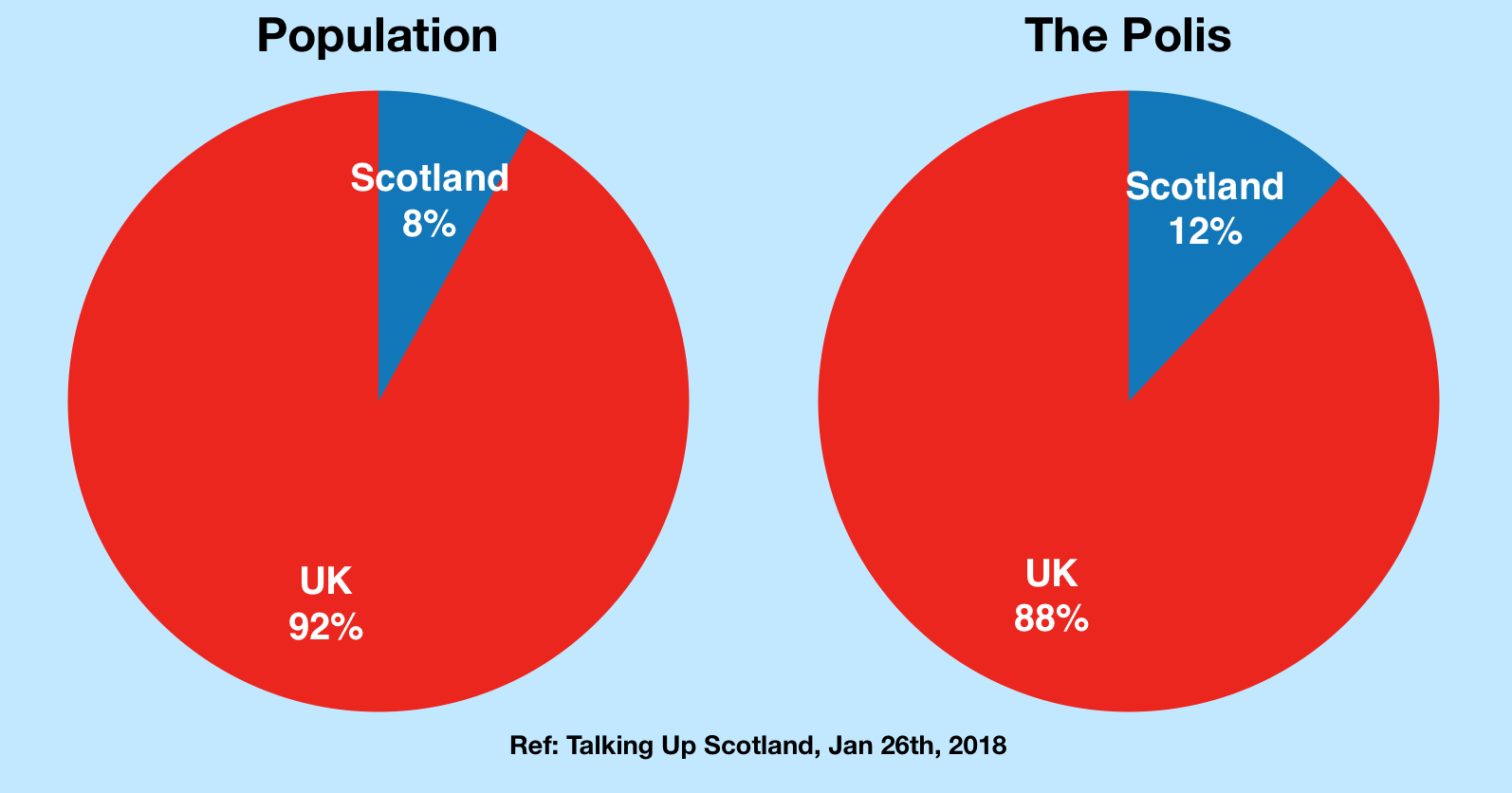 So let’s do some assessing of policing and public safety:

I rest my case!! But I’m not holding my breath waiting for this is be reported in the Scotsman, BBC , Herald, or even STV though at least they did a bit of research themselves. Wouldn’t it be great to have a Scottish media who are even-handed in their reporting? 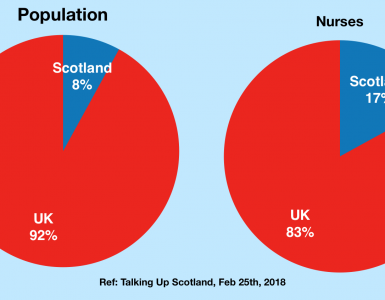 Over the years I’ve responded to many a plea from the online petition organisers 38 Degrees and added my name to many of their petitions. And I’m sure that they have shone light on unfair practices, targetedmore ...