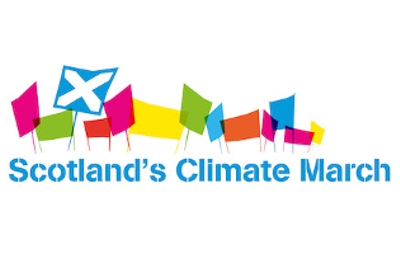 The “Stop Climate Chaos Scotland” Coalition brings together over 60 civic groups, NGOs and charities all working together to press our Scottish Government to maintain their impetus on climate change policy and to maintain their support, financial and otherwise, for the development of renewable energy technologies. We need to take advantage of the renewable energy sources Scotland is blessed with : tidal power, wind power, wave power. The Government also support solar power options but we’re not quite so blessed in that category!

I went over to Edinburgh the other week for the SCCSC Rally at Holyrood Parliament Building. 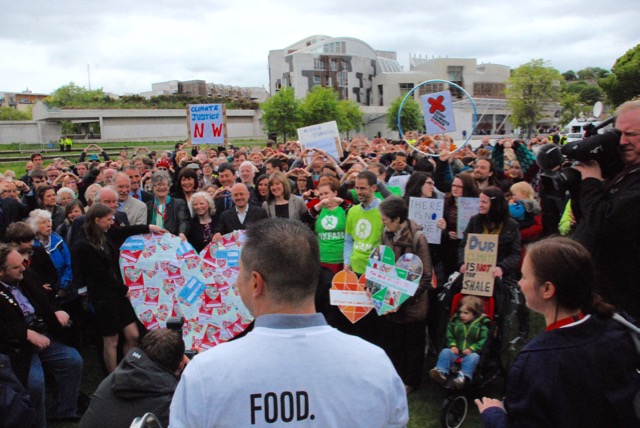 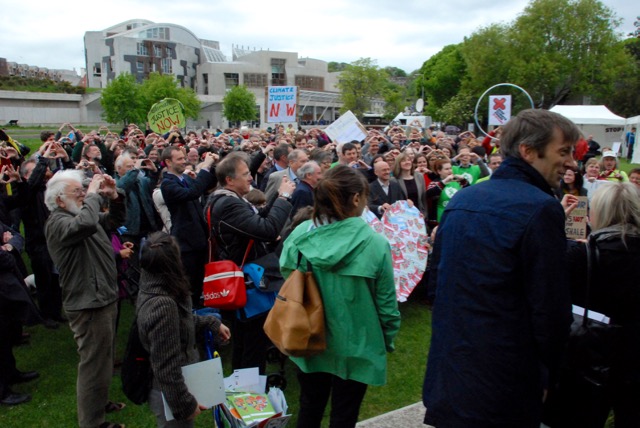 Good news is that Scotland’s CO2 emissions have been reduced by 30% compared to our 1990 emissions, compared to 23% for UK as a whole, and 18% for EU. We’ve narrowly missed the targets for the last couple of years but are still on track overall to meet the Scottish National Climate Change Action Plan to achieve a 42% reduction by 2020.

Apologies for the windy recording, but it was Edinburgh, it’s often just how it is there! Listening to the talks from the five main Scottish political parties, I discovered that when the plan was put before Holyrood there were no abstentions or votes against at all. Everyone, in every party, supported it. 100%. And it’s one of the most ambitious NCCA Plans in the world. 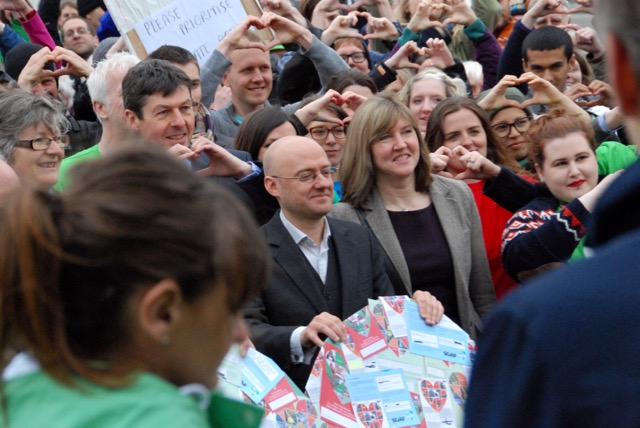 Recently thousands of postcards were sent to our Scottish First Minister, Nicola Sturgeon, asking her to increase efforts to mitigate climate change. Each postcard gave the sender’s main reason for what they valued about our planet and why they want it protected. Some of them were:

The postcards will go with the Scottish Government delegation to this year’s UN Climate Change talks in Paris. 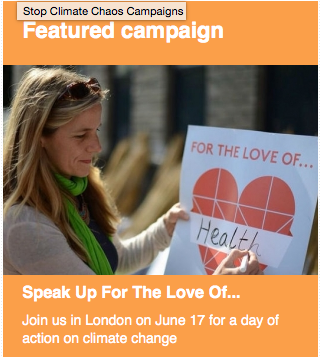