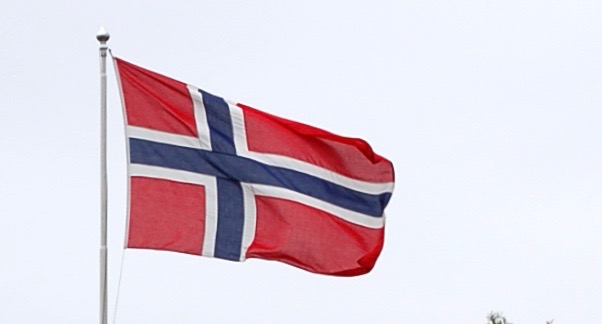 Please, Norway, Could You Help Us Look After Our Oil?

Let’s start with this impressive statement of intent from Norway about its oil resources:

[stextbox id=’info’]“The overall objective of Norway’s petroleum policy has always been to provide a framework for the profitable production of oil and gas in the long term.
It has also been considered important to ensure that as large as possible a share of the value creation accrues to the state, so that it can benefit society as a whole. This is partly obtained by the tax system.”
(Norsk Petroleum)[/stextbox]

There is a lot of money to be made from extracting oil and gas. This year, 2017, Norway’s estimated oil & gas tax revenues are about NOK 72billion which is about US $8.5billion.

Eh? Last year, Norway received 75 times more tax revenue from its sector of the North Sea than the UK did? …. The world prices were the same, the world demand was the same. Norwegian fields are a bit easier to work so their profit margins are a higher. But on the other hand all production costs in North Sea have come rattling down in last few years. Maybe UK waters just didn’t produce very much?

And that’s not the end of it, because as well as tax revenue income, Norway has a majority stake in 11 of its 14 oilfields. It has kept ownership over most of its oil resources. So it has an equity stake and the profits and royalties from that add even more to the Norwegian Exchequer.

So have they always received more from their oil & gas resources? Long story short: yes.

Look, here are the overall revenues since 1971 from the North Sea to Norway compared to UK. The amount produced is comparable, UK a bit more than Norway. And proportionately, more Norwegian fields came online during the high oil price years. But still, look at the total revenues received. Almost three times as much went to Norway as to UK. (Ref: Resource Governance, Oct 2015) 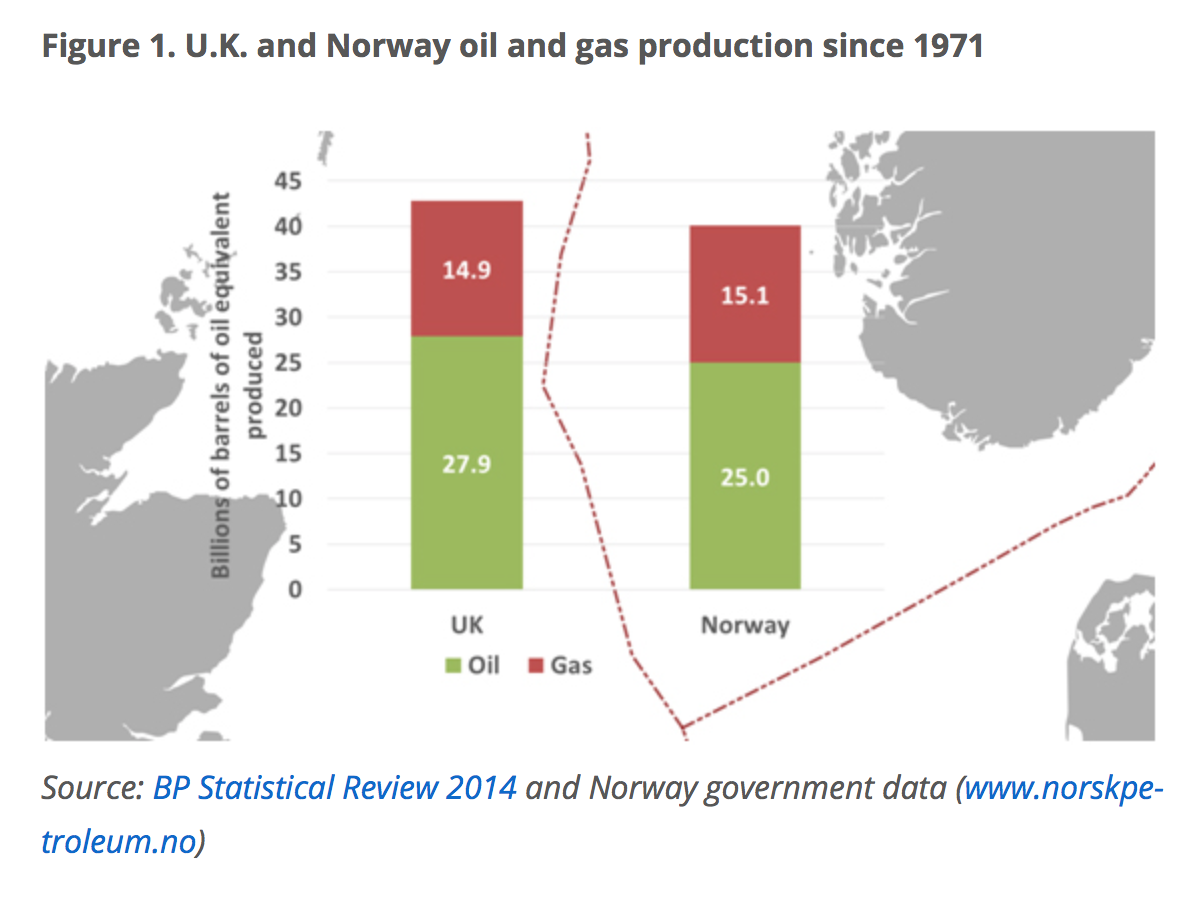 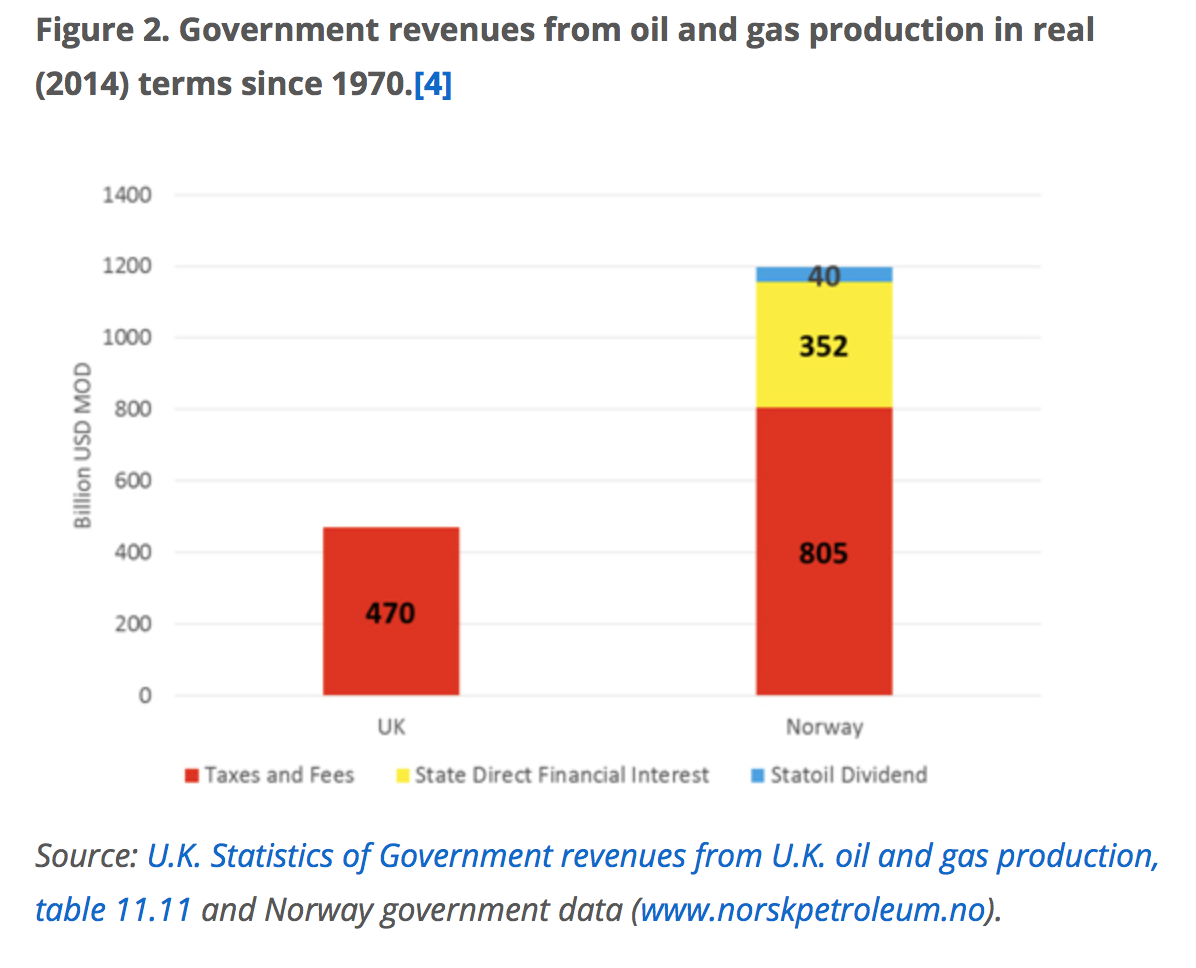 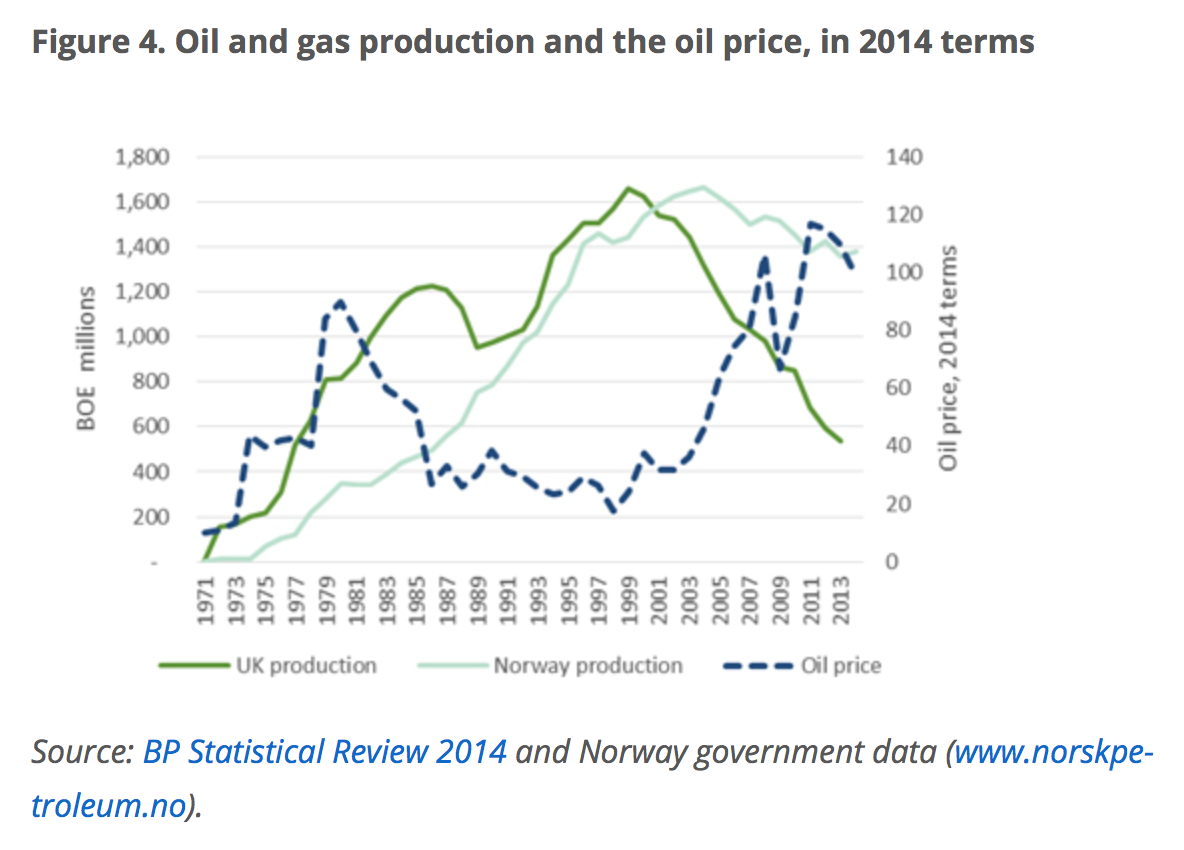 Why are Norwegians benefiting so much more than we are?
In a nutshell, remember that Norwegian mission statement about benefiting society as a whole? Well, they did that. And the UK didn’t.

To be fair, we started off OK. In 1975 Harold Wilson was Prime Minister and his Labour Government created the UK state owned oil company, the British National Oil Corporation (BNOC) based in Glasgow.

But then in 1982 we renamed BNOC as BritOil and we privatised it. I say we but really I mean they, the Thatcher Tory Government. By 1985 it was completely sold off (for $1.2billion) but UKGov did retain a “golden share” which gave it a controlling vote in the company’s affairs. That didn’t last long because three years later same UKGov, still Mrs Thatcher, agreed to give up its “golden share” and allowed the complete takeover of the company by BP in return for a few undertakings. All wrapped up, sealed and sold by our Chancellor at the time, a certain Mr Nigel Lawson.

”You have exacted precious little from B.P. in exchange for handing Britoil to them on a plate.’’

Overall Tax Income
I’ve been finding it hard to get details of UK’s various tax levies. But the overall tax receipts since 1971 are available in  “Did the U.K. Miss Out on £400 Billion Worth of Oil Revenue?” in Resource Governance, 2015 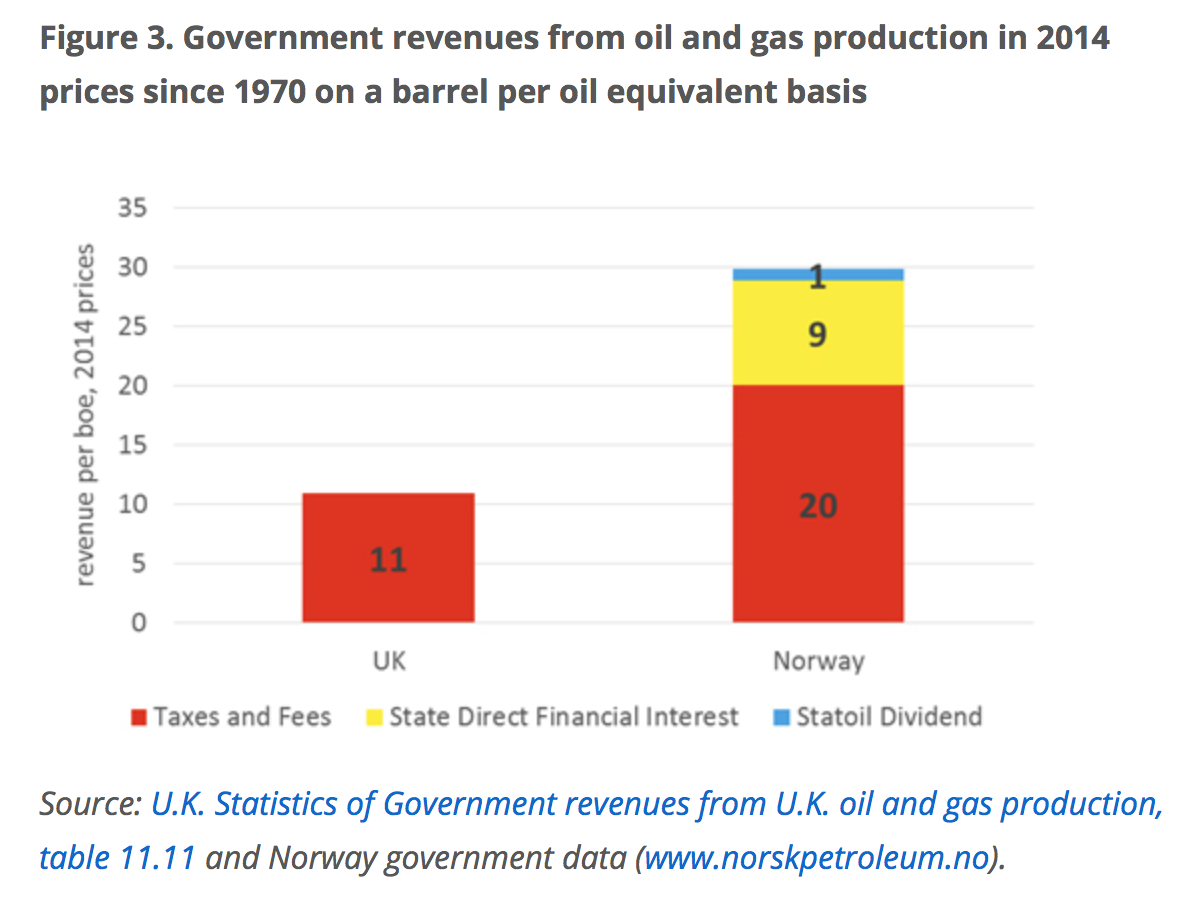 From each barrel it produced, Norway has generated more than double the revenue the UK has. This excess equates to $727 billion in the money of today terms. And yes, there are differences between the two sets of oil fields but looked at any which way that is a staggering sum.

So $727billion is missing from UK Exchequer plus however much more that would now be if we’d invested it. Our Norwegian neighbours put their revenues into the Norwegian Oil Fund which now stands at a even more staggering $1Trillion. In comparison we, ie the Tories, sold our oil companies for approx $1.2billion ($3.14billion in 2014 terms).

To put this another way, we gave away our oil resources for the equivalent of about 10 cents on each barrel extracted so far.
And as John Smith said, that’s “precious little”.

So that Tory policy worked out well, didn’t it?
Yes, there are differences in their oil fields and in costs, but overall U.K. has missed out on at least a goodly chunk of  $400billion worth of oil tax revenues compared to Norway. And another chunk of $ 350billion that we might have received from direct income and dividends.And we could have put it into a UK Oil Fund.

Please, Norway, could you come over and help us look after our resources? Next post has more information about how the Norwegian Oil Fund was set up and how it works.