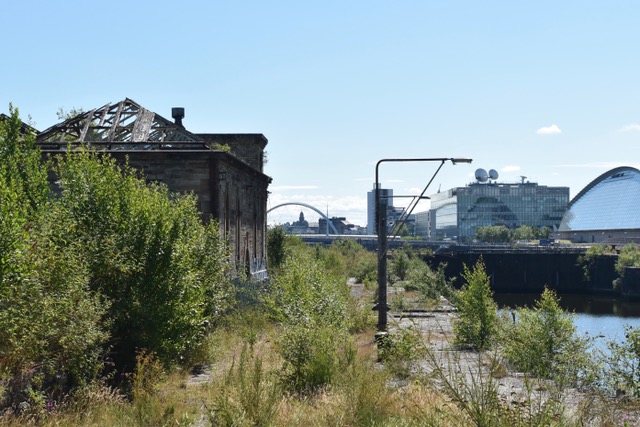 Is Land Tax the way forward for Scotland?

In the August Indy Jigsaw Show edition, I interviewed to Graeme McCormick about his suggestions for a Scottish land tax. He reckons it would add significant momentum towards a Scottish economy based on well-being criteria. And he calculates that, fully applied, it generates sufficient revenue to provide every Scot with a basic income. More on that later.

Land Tax in US Cities

You may be wondering if land tax is already in place anywhere? The answer is yes. Some cities in Pennsylvania have land taxes. The evidence from there shows a definite shift in their social outcomes – there are benefits for poorer citizens, for older citizens, for land use in these cities, and proven stability for their city budgets.

Have a look at this article : Non-Glamorous Gains: The Pennsylvanian Land Tax Experiment

…setting out steps that can be taken to steadily increase the role that land value plays in taxation, as well as specific reform opportunities to tackle priorities including derelict land regeneration and a just transition.

…. and as making the case for ongoing reform and improving the way in which Scotland taxes land, rather than introducing sweeping reforms for a single land value tax.

That second paragraph is somewhat of a giveaway in terms Graeme’s all-encompassing proposal. The Scottish Land Commission is not going that far!

The particular land tax system that Graeme proposes is called Annual Ground, Floor and Roof Rent (AGFRR). And it does what it says: it calculates the area of whatever garden area you have plus area of each floor of your property plus area of your roof…. and then multiplies that total area by an amount that depends on what it’s used for. Could be a domestic property, could be a farm, could be hillside, could be a business, could be derelict land…. there are different rates for different land usages. But overall every last square metre of Scotland contributes to the Scottish Treasury’s tax revenue.

You can find out more about on Graeme’s website Annual Ground Rent. And buy his book. He talks you through his calculations, the revenues, the simplicity of the idea, and the benefits. The benefits are many and amazing!

One derelict inner city space that would benefit enormously from land tax are the Govan Graving Docks. They have been kept derelict for decades by their developer owners who pay pretty well nothing in land taxes to Glasgow City Council. Under Graeme’s plans, those developers would be handing over ten of thousands of pounds in land tax and the pressure would be on them to either develop the site in a way acceptable to the local community or sell it to someone who would.

Here is the link to the show: