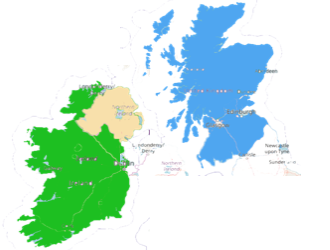 In July 2020, Grassroots Oban organised a meeting with Dr Paul Gillespie of University College Dublin. He is a former foreign affairs editor at the Irish Times. At University College Dublin he focusses on research looking at the changing face of Irish / UK relations, especially post-Brexit, the effect of Brexit in Northern Ireland, and the shape of a future Irish Reunification referendum.

You can listen to Paul here:

To give you an idea of what he covered:

Scotland and Ireland Now and the Drivers of Constitutional Change?

Since Dr Gillespie’s talk to Grassroots Oban, he has been a guest with Glasgow Pensioners for Independence. My favourite question to him was

Can you give us any tips on how to deal with Perfidious Albion? you’ve plenty of experience with them after all.

Question to Paul Gillespie from Glasgow Pensioners for Independence

You can listen to that discussion here: A Constitutional Moment for Change?