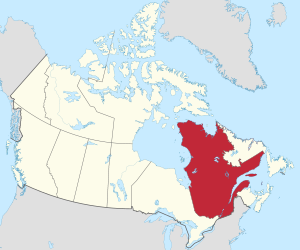 Some more musings on my Unionist friend’s suggestions for IndyRef2….. See Scottish Referendum Voting Rights . Now I’m thinking about Quebec, and the voting eligibility in their referendum. And the Quebec result has got me wondering if a decision to split gives a right to secede. Apparently it doesn’t.

De Gaulle was stirring it in Quebec in 1967

Charles de Gaulle, the French President, was stirring independence sentiment in Quebec way back in 1967 during a visit to Montreal when he declared Vive Quebec Libre! in a public speech. The Canadian Prime Minster was not amused.

Well it was bad enough to have lost by 55% to 45% in Scotland in 2014. The Quebecois independence supporters must have been gutted at losing by less than one point.

So, as you can see, your suggestion about extending voting eligibility to include Scottish ex-pats, has got me thinking about Quebec and how they set up their referendum.

To vote in the referendum you had to be a registered Quebec voter. To register in Quebec today you need to be 18, be a Canadian Citizen, and either a resident in Quebec of at six months standing, or have been running a business in Quebec for at least a year. Quebecois who were living elsewhere could not vote. So that’s another example where ex-pats were not eligible to vote.

So that’s nul points to you so far in our tussle about eligible voting rights. Residency is a definite requirement.

If they’d won, could Quebec have seceded unilaterally?

The referendums were set up by the National Assembly of Quebec. So clearly they had the authority to do that. But had the vote been won, did they have the legal authority to secede from Canada unilaterally?

That question was put to the Canadian Supreme Court by the Canadian Cabinet & Prime Minister Jean Chrètien. They submitted a request for an advisory opinion on the following three specific questions:[1] The Court’s detailed analysis and decision is here. Here is the short version of their ruling:

They stated that, under the Canadian Constitution (which Quebec has been part of since its inception), unilateral secession was not legal.

However, if a referendum decides in favour of independence, the rest of Canada “would have no basis to deny the right of the government of Quebec to pursue secession.”

Negotiations would have to follow to define the terms under which Quebec would gain independence, should it maintain that goal.

Second question: Is there a right to self‑determination under international law that would give Quebec the right to effect the secession of Quebec from Canada unilaterally?

They gave the opinion that the international law on secession was not applicable to the situation of Quebec. The court pointed out that international law “does not specifically grant component parts of sovereign states the legal right to secede unilaterally from their ‘parent’ state.”

Since the court saw no conflict between Canadian law and international law on the question (neither would allow Quebec to secede unilaterally), it considered it unnecessary to answer the question.

Anything relevant in that for Scotland?

According to Wikipedia (here) that Canadian Supreme Court decision is regarded as a model discussion in international law.  For questions of separation between national political entities, particularly in relation to the results of a referendum, it’s the go-to ruling. So is there anything in it we should pay attention to?

Well first thing. Note that the Quebec Government had the legal authority to call the referendum. They didn’t have to faff about asking for a Section 30 Order, etc.

Second thing. The Supreme Court ruled that Quebec had no legal authority to declare UDI after a Yes vote. But it also said that there was a responsibility on the Federal Government to engage in negotiations if such a vote happened. Canada is a formal Federation so there is no direct comparision to Scotland in the UK. Still, it sounds helpful.

The third thing and this is definitely something for us to think about. The court pointed out that:

In the Canadian opinion, the right to secede was meant for peoples under a colonial rule or foreign occupation. So long as a people has the meaningful exercise of its right to self-determination within an existing nation state, there is no right to secede unilaterally. The Court referred to numerous instances of Quebecers holding high positions in Canada, and in its success in pursuing its aims both in Canada and internationally.

It’s easy to see the parallels for Scotland. There have been plenty of Scots holding position of high authority in UK and internationally. We’ve had Scottish PMs in Westminster. We have our own Parliament in Edinburgh. And the 1707 Treaty of Union guarantees in perpetuity our distinctive education, legal and church systems.

So for those independence supporters who cry “Let’s just declare UDI”. Or “We’re a colony.” Or “The UN guarantees a people’s right to self-determination.” That’s not going to cut it.

Folks, we really need to read the small print.

But with a referendum that’s set up legally and a Yes majority, then Westminster has an internationally agreed responsibility to negotiate an independence settlement with us. Which was what was in the 2014 Edinburgh Agreement. Might read that next…..