By June 9th we’ll be puggled …. after all her adamance that no election was necessary and she’d just get on with the job, blah, blah, unlike those Scottish Nat who are always calling for another election about independence, blah, blah, when now is not the time, blah, blah, she’s gone and called another election. Mind you, if I was 20% ahead of my main opponents in the polls, I’d probably do it too.

I’ve been taking a look at Labour’s chances. I don’t think much of them. This is roughly how things stand as regards the % difference between Tory and Labour at the last election. 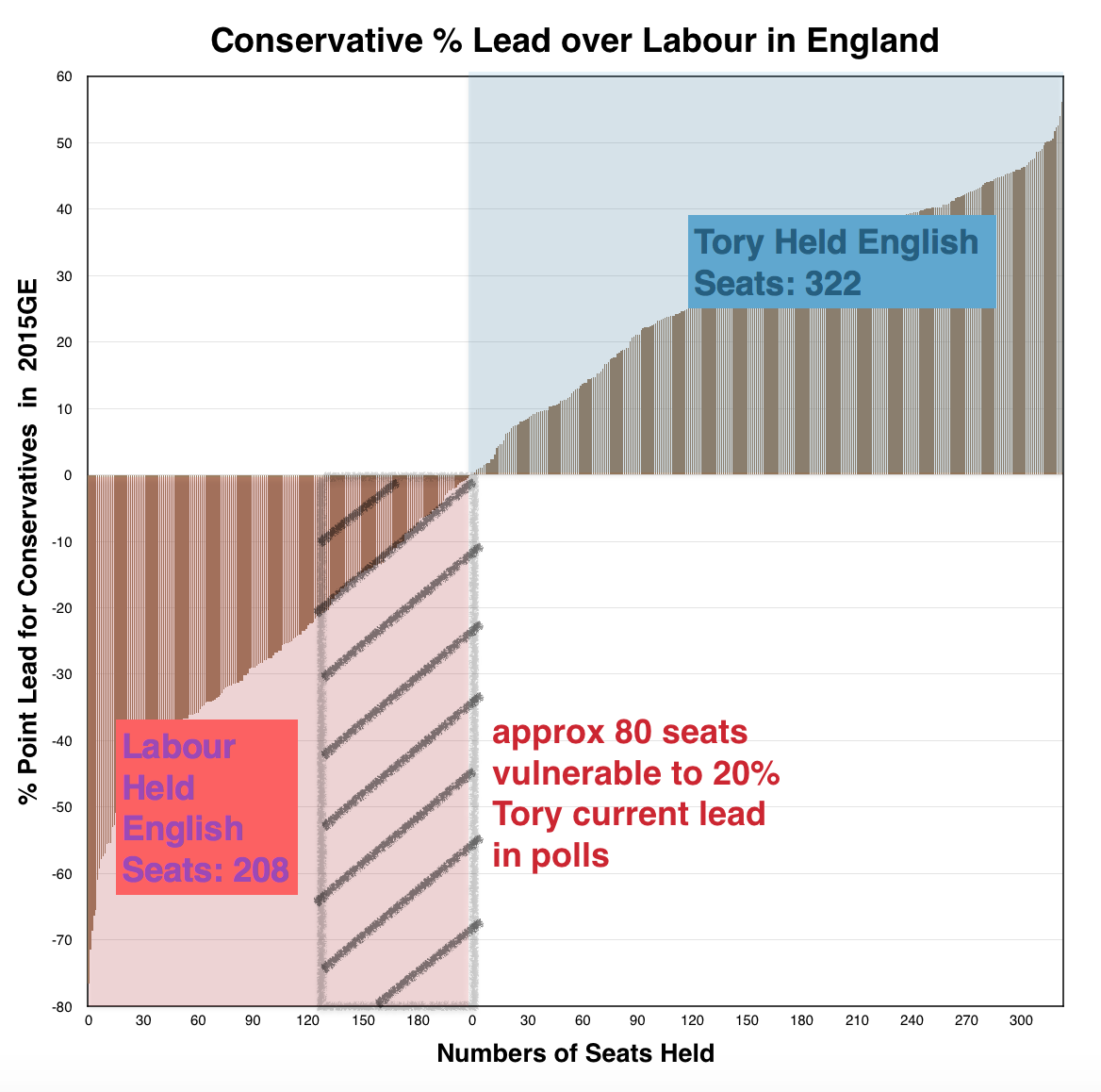 If Tories gain 80 seats from Labour, and to keep it simple let’s say that everyone stays the same, then we’d be looking at a House of Commons like this: 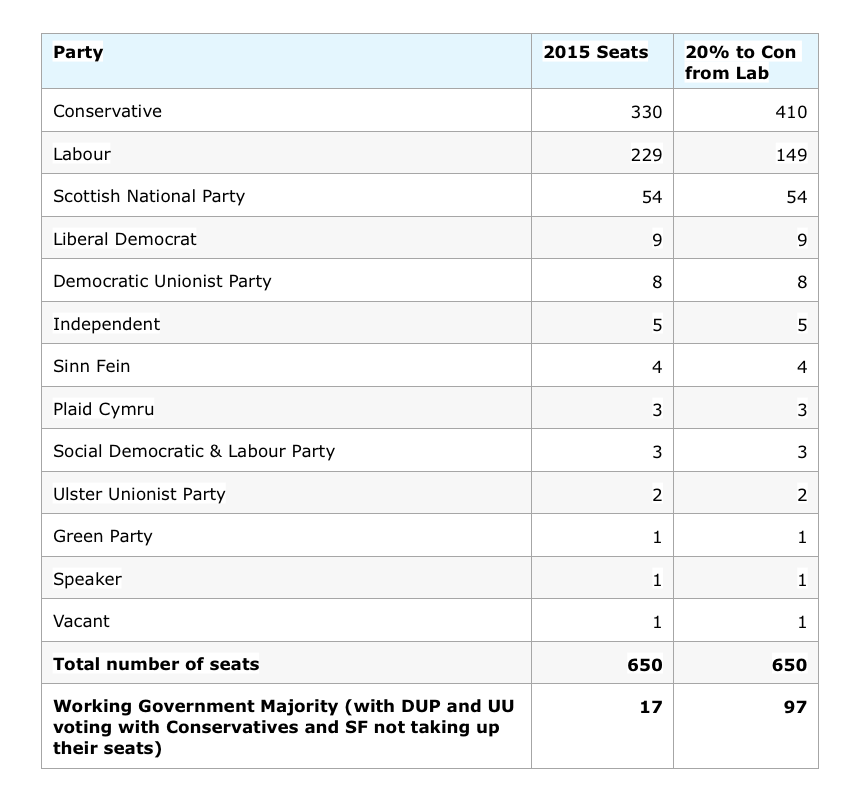 Other parties won’t stay exactly the same of course. SNP may lose two or three of the massive 56 out 59 Scottish seats that they won in 2015. Hopefully the LibDems get a few seats back from the Tories. Seinn Fein may also gain in Northern Ireland but that doesn’t help. As they don’t take up their seats in the House of Commons, they actually decrease what’s needed for an overall majority. But if the relative Tory / Labour position stays much as it is now, with UKIP throwing in the odd spanner in Labour’s works, then it’s hard to see how May can come out with anything less that a 50-60 seat overall majority. And unfortunately, that will keep her safely  in No10 till 2022 with all the voting powers she’ll need to implement a Conservative Manifesto Horror.

UKIP vote seems to have collapsed and that has helped Mrs May maintain her lead: 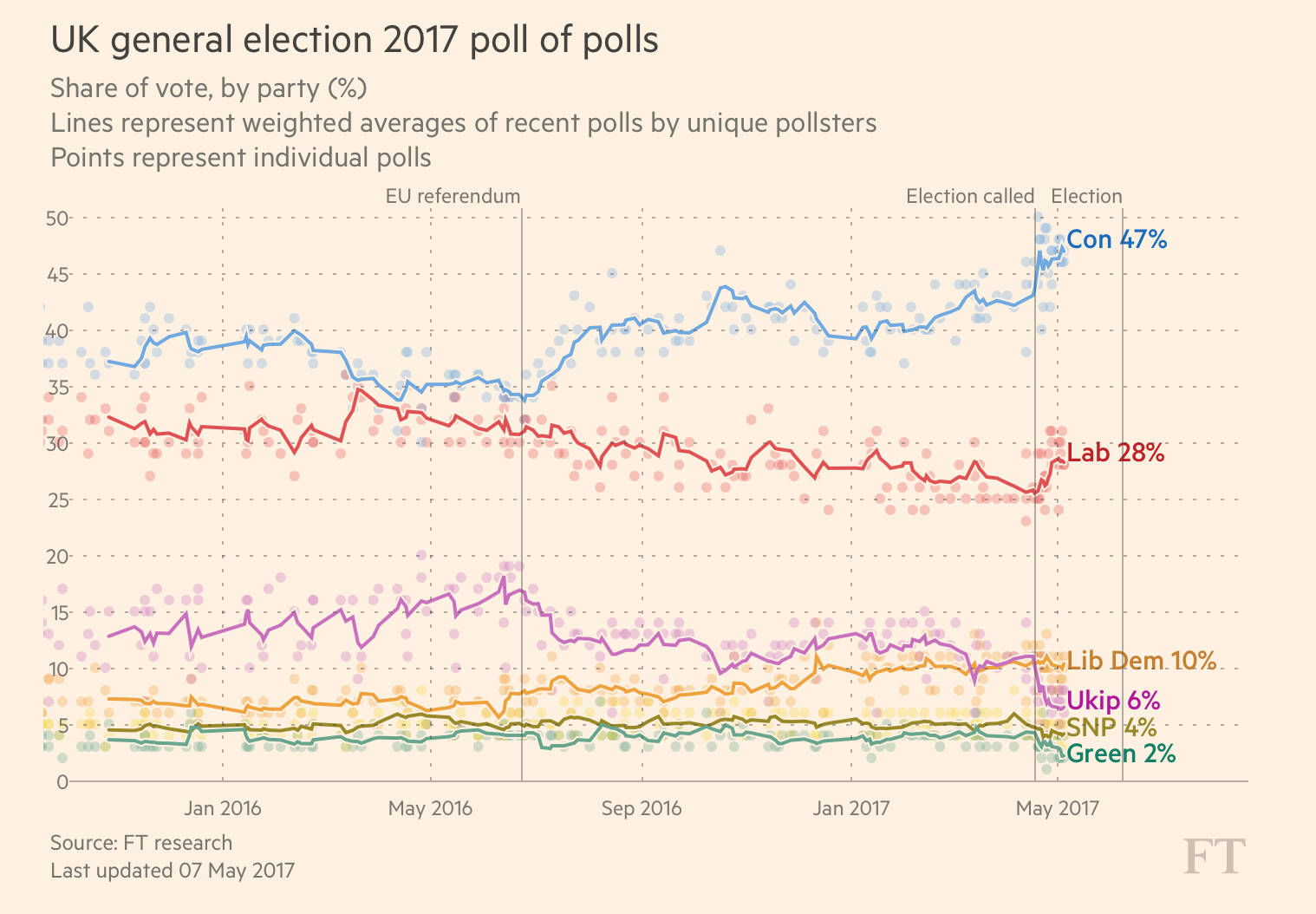 I can think of only one solution. Whit dae ye think, Wullie? 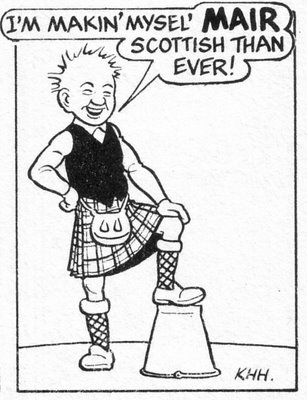