The EU Parliament in Scotland runs regular events called Meet Your MEP. I went to one here in Glasgow with David Martin, Labour MEP. I really appreciated what he said and the Q&A session afterwards. The most recent event was in Edinburgh with Alyn Smith, SNP MEP. I’m on his weekly email list where he sends out a round-up of he’s been doing and what’s in the news regarding the EU, UK, Scotland…. These days most of that is dominated by Brexit. He posts links to the response to the Brexit negotiations in European media which I wouldn’t come across otherwise. 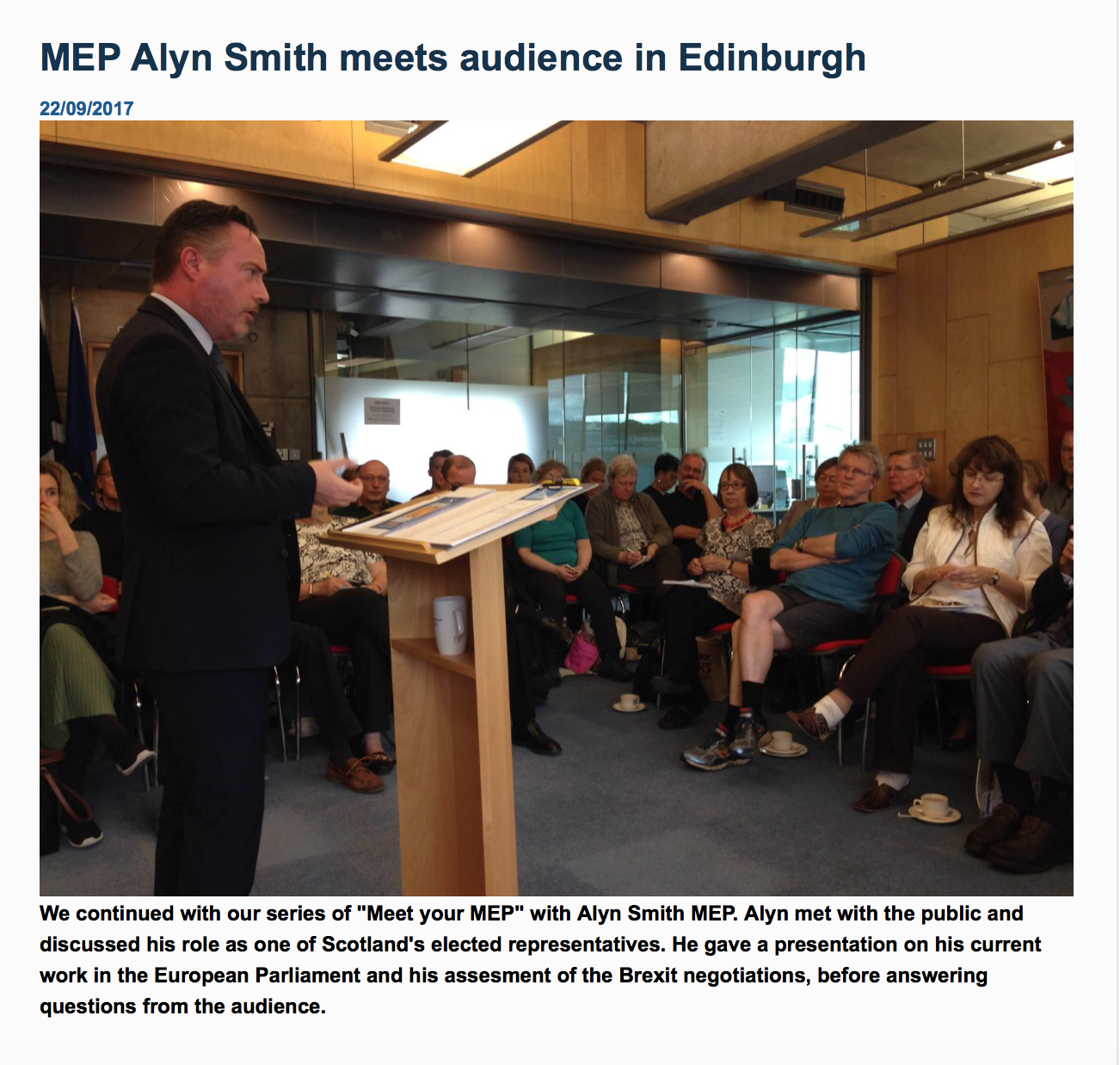 You can see me scribbling down some notes during Alyn’s talk and the Q&A afterwards. Most of what was spoken about referred to Brexit, its consequences for UK and in particular for Scotland. Here is the gist of my scribbles as accurately as I can make them.