Scotland makes up exactly one third of the total area of the UK. And it’s getting on for two thirds the size of England. (Actually 62%.). Population is where England massively outnumbers the other three home nations with 84% of the UK population. 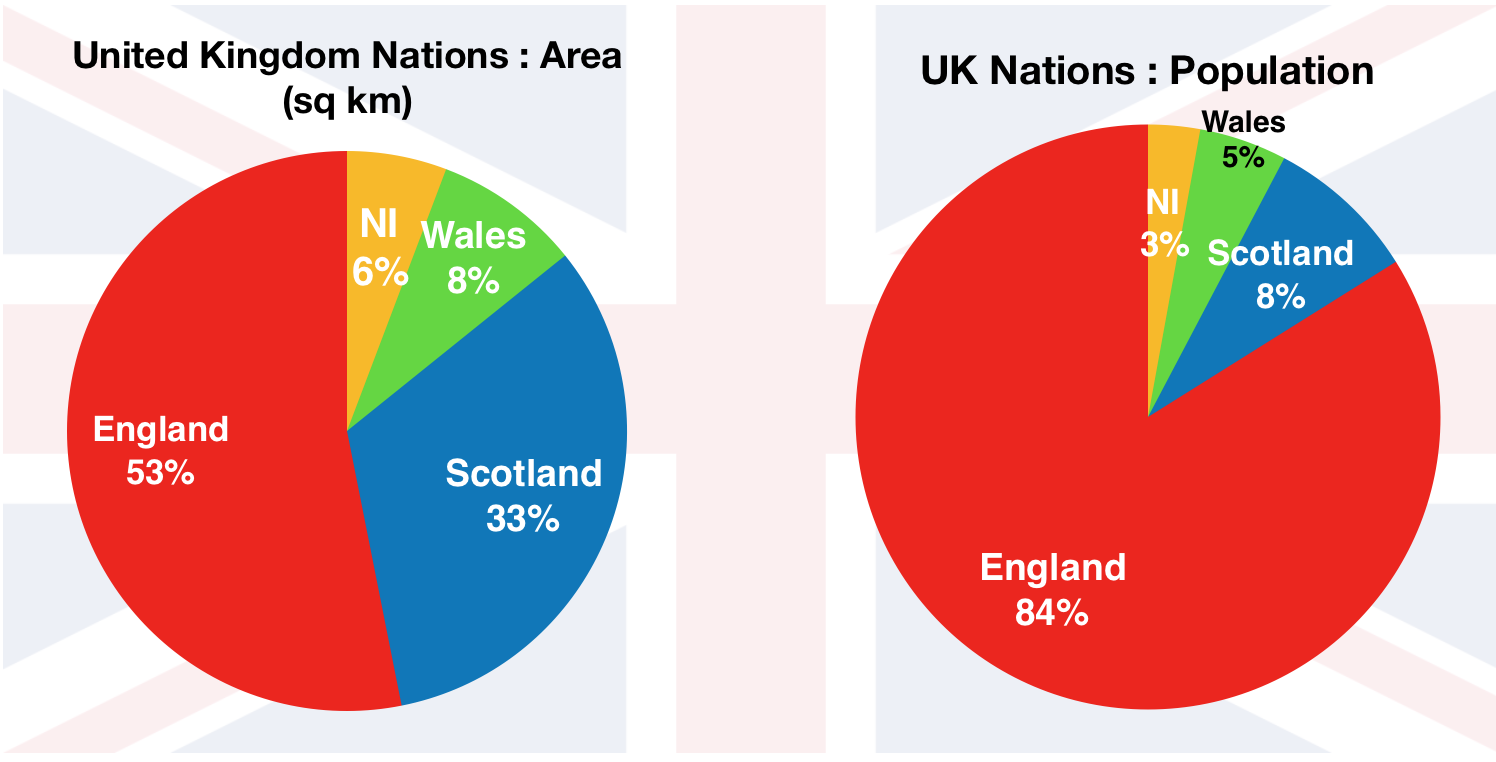 Some time back I posted about my irritation with the map that BBC Weather people used. Some of my friends thought I was being overly picky. It’s only a map, they said. What does it matter if the foreshortening makes Scotland look a bit smaller that it actually is. Well OK, but it was more than a ‘bit’ smaller, it was as a certain US President might say ‘Hu-uugely’ smaller. Look below, I proved it to them by matching up the BBC version  of the UK (the green filled map on the left below) with a photo of  UK taken from the International Space Station. I matched up the south coast of England and discovered that according to BBC the Orkneys were about the same distance north as Crieff is from the ISS. Now I’ve used maps a lot and I know about the foreshortening effect. But a lot of people don’t. For a lot of people the map they see most often is a weather map. Would anyone think from that weather map that Scotland makes up one third of the UK? Aye, right!

A few weeks back the Beeb stopped using that foreshortened version and started using one (on the right below) which is very similar in proportion to the ISS photo. And picky or not, I reckon the knew map gives a very different and more accurate  sense of just how big Scotland is in comparison to the rest of the UK. 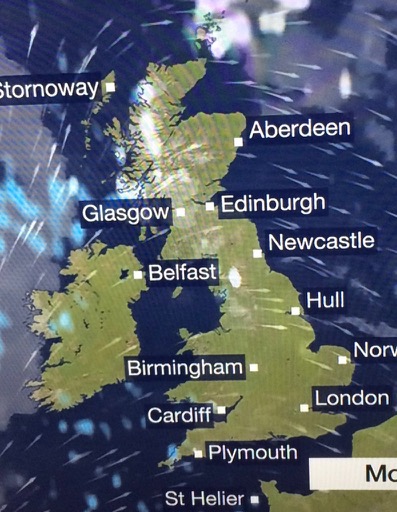 Anyway all this got me wondering about how Scotland matches up to the EU27 and the EFTA4 countries. Obviously a few of them – France, Germany, Spain – are much larger countries with larger populations. On the other hand some of them – Cyprus, Malta, Luxembourg – are pretty small with small populations. Turns out that Scotland is pretty average among the EU/EFTA countries. 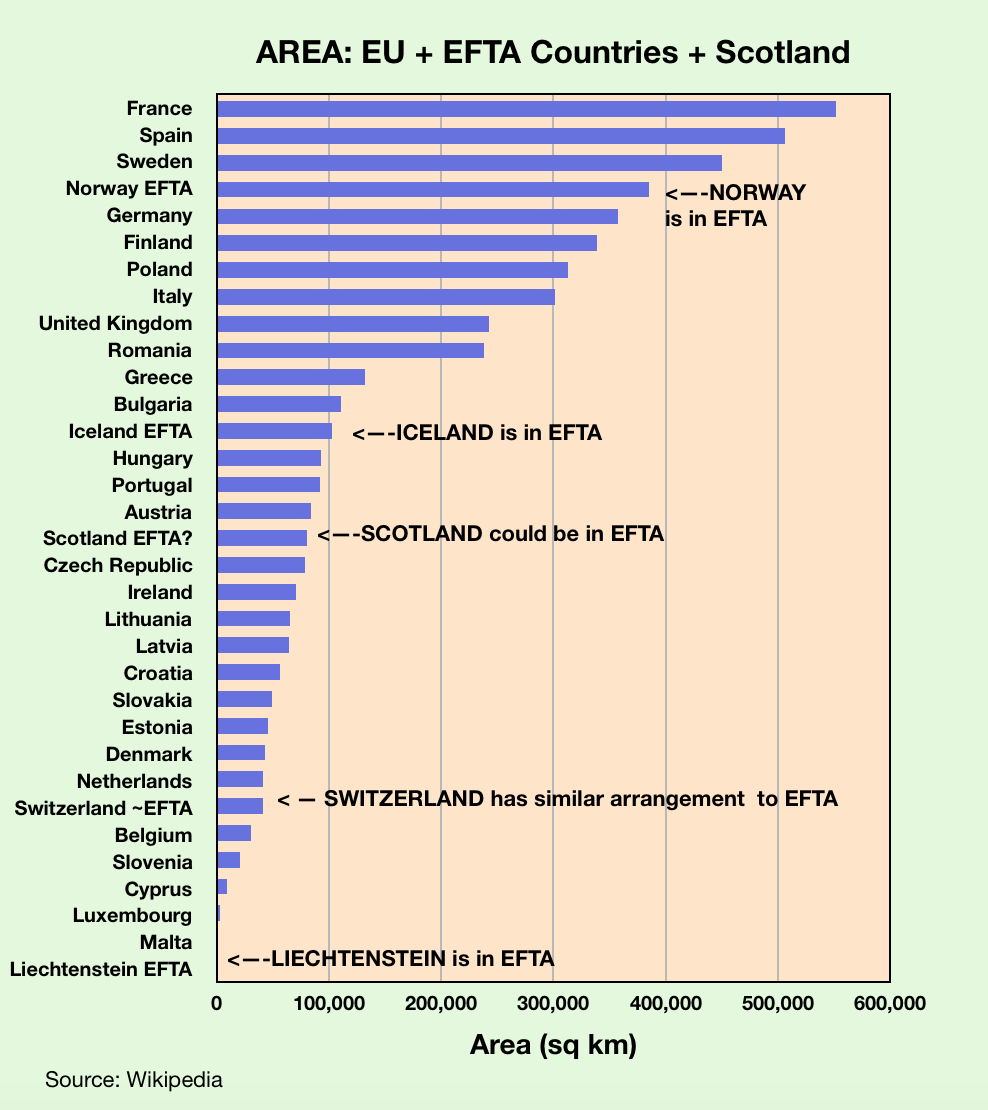 We’re also pretty average when you look at populations. There’s a bunch of similarly sized populations Ireland, Norway, Slovakia, Finland, Denmark and we’re in the middle of those. And in fact of the 32 countries, including Scotland, most have populations of less that 10million people. 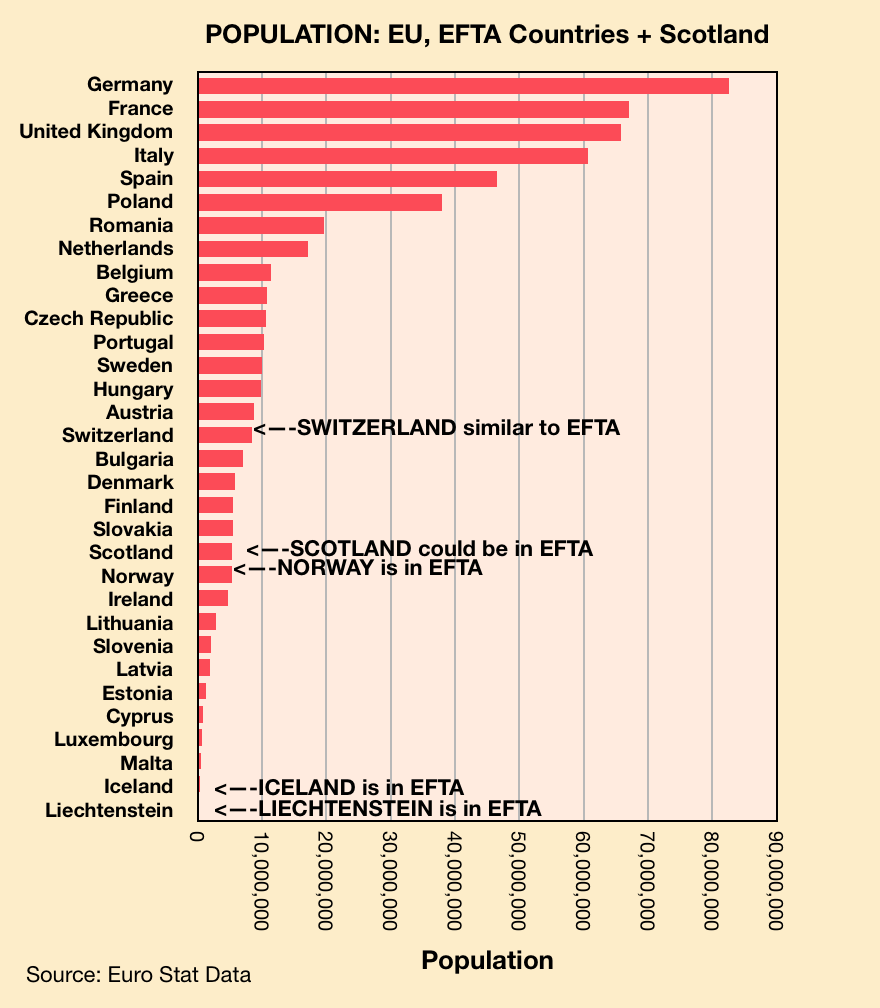 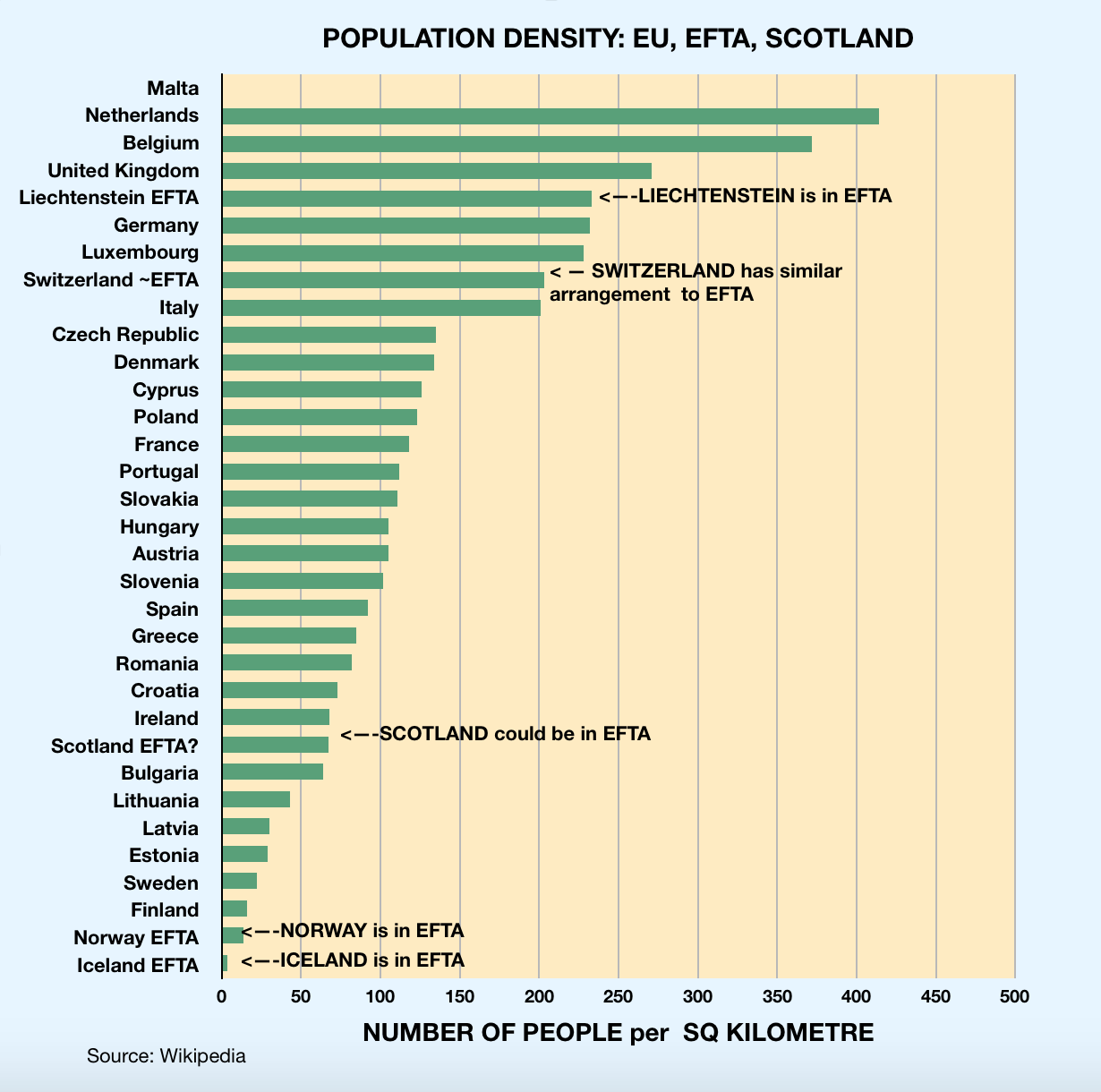