I went along to Clydebank Town Hall last week for a screening of two of Lesley Riddoch’s Nation films : Faroes, the Connected Nation and Norway, the Twin Nation. The third film is Iceland, the Extreme Nation. Here they are:

Lesley was at the evening so there was a question and answer session after the films. I took a few notes from the discussions which arose.

Scotland is a sleeping giant ….. this is how some Faroese think of us

A few international comparisons show how out of kilter Scottish local government really has become. Norway (with a population like Scotland of around five million) has 19 counties, each with an elected county council, and 431 municipalities responsible for primary and secondary education, outpatient health, senior citizen and social services, unemployment, planning, economic development and roads. The average Norwegian municipality has 12,500 people – the average Scottish council serves 162,500.

As you can see there was a lot came from that evening in Clydebank Town Hall. Thanks to everyone who organised it and to Lesley Riddoch for the films and for all the effort that she puts in and the miles she travels on Scotland’s behalf. 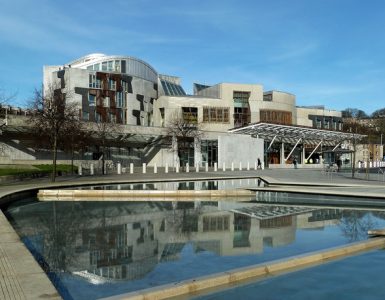 The evolution of democracy in Scotland? This is one Baroness Goldie about to take her seat in the House of Lords. You’ll likely recognise her face. She used to be leader of the Scottish Tories at Holyrood. Thatmore ...