There have been several news items about UK State Pension this week. The House of Commons library produced a briefing about country-by-country comparisons of state pensions back in May. Don’t remember it being much in the news in May but the National have reported on it this week.

Different countries have different systems for their state pension both in terms of how they collect pension contributions and how people are eligible for them. The Commons Briefing reckons that the two countries most similar to UK’s system and therefore the best comparisons are Eire and the Netherlands. Here’s what the weekly pensions on UK, Eire and Netherlands look like, using today’s £/€ exchange rate of 0.91. There are two UK levels of state pensions depending on when you reached pension age before or after 6 April 2016.

The UK State Pension Age (SPA) is due to rise to 66 next year. But reports appeared in the press this week about a proposal to raise the SPA to 75. (Guardian, Daily Mail) 75? Can this really be true? It is true that the conservative think-tank Centre for Social Justice, which first proposed Universal Credit and is chaired by Ian Duncan Smith MP, have published a report in which they propose raising the SPA to 70 by 2028 and to 75 by 2038. Here’s their recommendation:

You might be wondering what OADR is: Old Age Dependency Ratio is what it stands for. What it actually is, is a bit harder to find out. According to the CSJ report it stands at 28.2 currently, measured per 100 person of working age, but is set to rise to 48 by 2050. No, I’m none the wise either.

But the Office of National Statistics has a clearer definition: Old age dependency ratio (OADR) is the number of people of State Pension age per 1,000 people of working age. So OADR indicates the relationship between the working and pension age population. An increase in the OADR means there will be fewer people of working age to support a larger population over SPA. Or in other words, we pensioners become dependent on fewer and fewer working people to produce the wealth to pay our state pensions. Here’s how that relationship has changed over the past decades (Source ONS: The Changing UK Population)

The CSJ does have a point. Without a rise in pension age, more and more of the UK GDP will be going to fund old-age related spending and there must be a point where that is just not sustainable.

But is having one pension age for everyone the fairest option. On this, Baroness Alltman, pensions expert and former Pensions Minister 2015-16 who describes herself as politically neutral, disagrees with the CSJ:

We need to get away from the idea that there is one ‘magic age’ beyond which people won’t be expected to work. Other factors should be used to determine eligibility.

For example, the number of years that people have made contributions to National Insurance could be taken into consideration, with perhaps the criteria for a full state pension at 50 years of payments. Those who started work earliest (usually the lower-paid) could retire earlier too, while those who moved to the UK later in life would get less, on the basis that their contributions had been less.

Another option would be to enable people to start drawing a reduced pension on health grounds or for unpaid caring roles. In this way, the flat ‘pension age’ cut-off would be abolished.

And that would be fine with me. Because nobody in Britain today should be chained to a specific retirement age at which they stop work altogether, and certainly not 75.

PS. Ian Duncan Smith has distanced himself from the CSJ report. Hardly surprising as it would be the death knell of a Tory General Election campaign to have that in its manifesto. 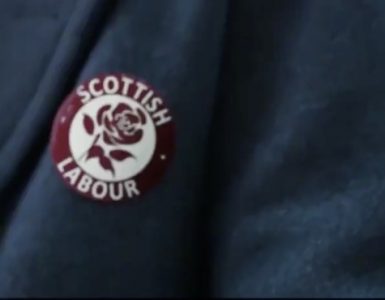 Scottish Labour have a new video out where Richard Leonard attempts to inspire us with what they will do for Scotland. Not surprisingly someone wanted the video to include some lovely mountain scenes. But then themore ...